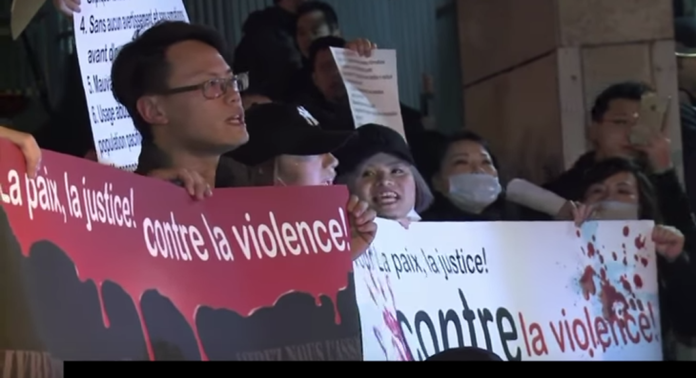 In February, Paris erupted into protest after a young black man was allegedly raped and beaten by police in the Parisian suburb of Aulnay-sous-Bois. Last week protestors hit the streets again after a 56-year-old Chinese man was shot and killed by police in his home in Paris. The incident raised a lot of fear within Paris’s Asian community, who then took to the streets to express that they will not take harassment from police.

Police sources say that the victim, Liu Shaoyo, was holding scissors and had moved to assault one of the officers, which prompted them to shoot, but the family’s lawyer says that he was just holding scissors from cutting up fish for dinner, and that the shot was unwarranted.

With the upcoming French election, it is clear that voters in Paris have one important issue on their minds: police brutality. . Hear what some of the protestors have to say in this France 24 report of the recent protests: