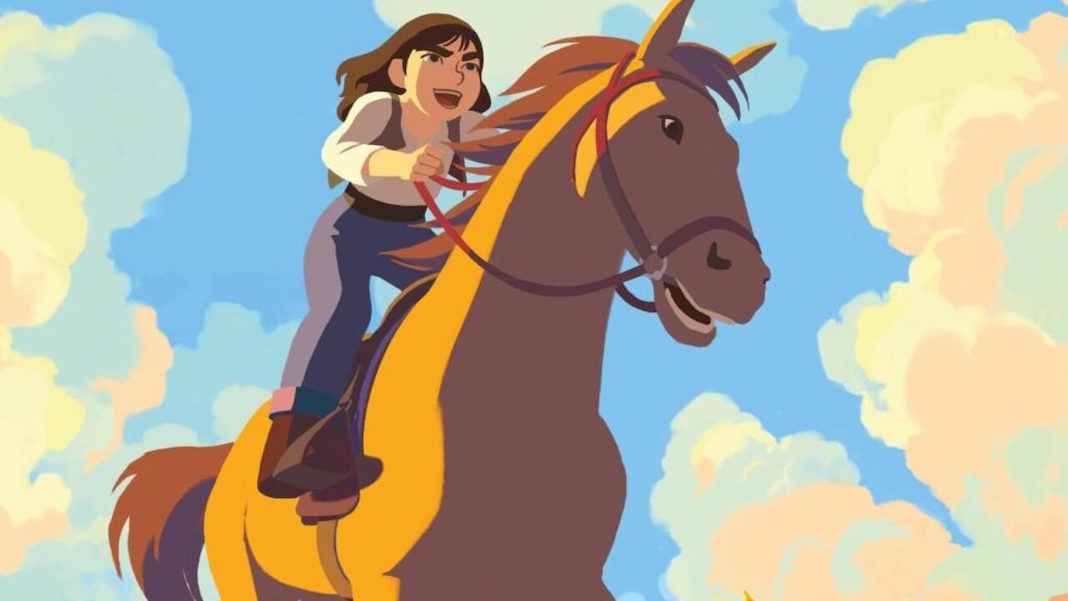 The fourth edition of Animation First, from February 5 to 15, will be fully online this year due to Covid-19. But it would take more than that to dampen the enthusiasm of the founders of this animation festival, offered by the French Institute Alliance Française (FIAF). “This won’t go online out of spite. We are very proud of our programming,” emphasizes Delphine Selles-Alvarez, who is in charge of FIAF’s film screenings as well as being co-programmer of Animation First. “Virtual is a chance that we measure every day. It lets us ‘pass the message’ to a larger public,” adds Catherine Lamairesse, the other programmer of Animation First. “Animation is a multi-faceted tool that is very powerful for telling stories, addressing difficult subjects, making you laugh or creating poetry, by bringing lightness to design.”

Launched in 2018 with the goal of letting the American public discover hidden gems of French animation, Animation First gives pride of place to premieres. On the program: 75 feature-length and short films for old and young alike. The festival will kick off with “Calamity,” the animated film from Remi Chayé about the childhood of a legendary cowgirl. This feminist Western was released in 2020, but was never shown in the United States.

Animation First will also welcome a very special guest: director Wes Anderson, who has selected four of his favorite animated films to be shown. Among them, a surprising Indian version of the Disney classic “Bambi.” It will be available, along with the French version, at the end of the festival. “The Indian version was seen very little when it was released in India, after the Second World War, but it still won a Golden Globe in 1948 in the United States. It’s a very interesting version: in addition to dubbing, all the music had to be rewritten. It cost them a fortune!” points out Selles-Alvarez.

Also worth noting: a selection of short animated films from Africa, which will be available throughout the festival, an hommage to the works of the Father of French animation Paul Grimault, and a new competition which will bring together students from six French and American animation schools. The festival will also feature discussions of the films shown. On February 11, the screenwriter of “Marius et Jeannette,” Jean-Louis Miles, will come to speak about “Josep,” the feature film about the artist Josep Bartolí, who was detained in a French prison camp before fleeing to Franco’s Spain. He will be accompanied by the artist’s widow. “The real context allowed the festival to develop in an unimaginable manner in only six months! But this development cannot be maintained unless movie theaters are reopened. We cannot keep a festival alive for such a long time without including the public,” explains Lamairesse. “We will run, when circumstances permit, a hybrid festival or, to use more festive language, one that is open and human…”

With the exception of the opening film and a few others, most of the films of Animation First will be visible simultaneously on the festival’s Eventive platform, FIAF’s new streaming service. It allows the public to discover a catalogue of French films rarely screened in the United States. Progress never stops.