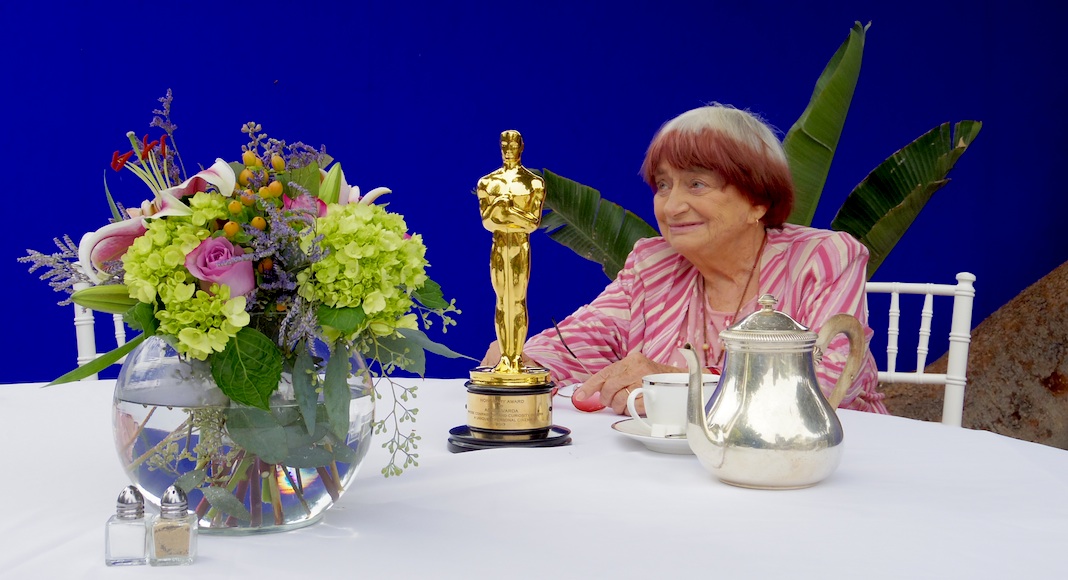 And the French Nominees for the 2018 Oscars Are…

Whether you think of them as accomplished artists recognized by Hollywood or outsiders, the French nominees for the 2018 Academy Awards are diverse. The Academy of Arts and Sciences unveiled the nominees on Tuesday, January 23, in preparation for a period of campaigning before the ceremony on March 4 in Los Angeles.

“Visages, Villages,” (“Faces Places”) co-directed by Agnès Varda and the artist JR, was nominated in the category of Best Documentary Feature. The filmmaker and artist’ road-trip through the villages of France will compete with “Icarus,” on the Russian doping scandal at the Olympic Games, and “Last Men in Aleppo,” on the Syrian war. At 89, Varda is the oldest Oscar nominee in history.

Among the other French nominees, composer Alexandre Desplat, already an Oscar-winner for “The Grand Budapest Hotel,” earned his 9th nomination for the soundtrack of “The Shape of Water” by Guillermo Del Toro.

But the most beautiful surprise comes for the team behind the animated short, “Garden Party,” which follows the adventures of curious toads and frogs exploring an abandoned mansion. The film resulted from the thesis project of six young French students (Victor Caire, Théophile Dufresnes, Gabriel Grapperon, Florian Babikian, Vincent Bayoux, and Lucas Navarro). They’d gathered together to watch the nominations live on television, and exploded with joy at the news.

For his performance in “Call Me By Your Name,” actor Timothée Chalamet, who’s father is French, will vie for the Oscar for Best Actor.

Several French co-productions are also nominees in the Best Foreign Language Film category: “L’insulte” (“The Insult”) from Lebanon, “Loveless” from Russia, “The Square” from Sweden with Diane Kruger.