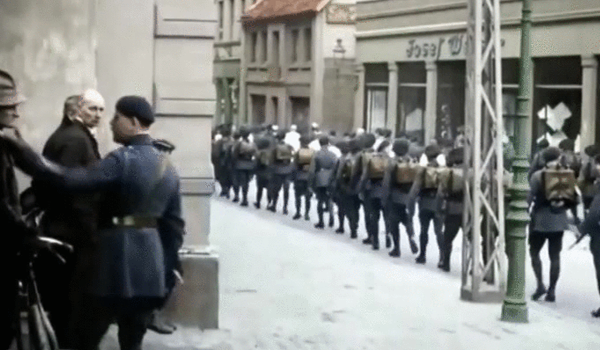 Making the rounds on social media today is footage of a French soldier swatting hats off of German heads during a funeral procession, reportedly from the documentary Apocalypse: The Second World War and filmed in 1923:

It’s a wonder the peace didn’t even last two decades.

Look out for Yuka, the French App that Analyzes the Health...