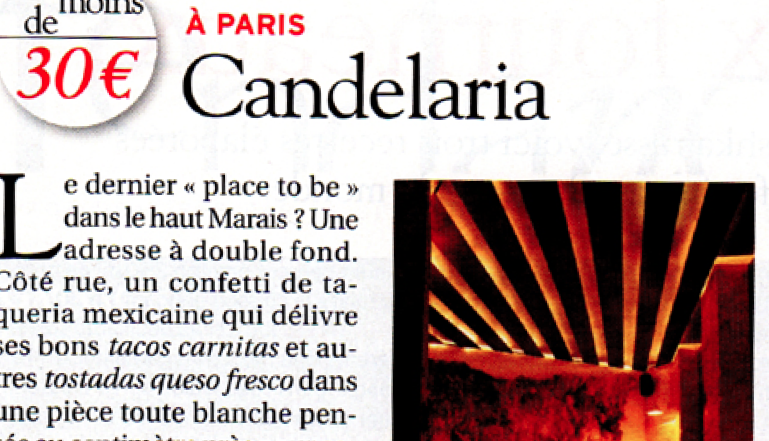 Are Americans Taking Over the Paris Dining Scene?

For decades, Paris seemed relatively impervious to sweeping food trends. In the early 2000s, as New York City became cupcake and comfort-food-crazy, Paris prided itself on being a relatively unwavering beacon of cuisine – and American food seemed the least likely to find an adoptive home in the City of Lights.

Back then, hungry people in search of American classics had few options: eateries Breakfast in America or Le Coffee Parisien were the closest one could get to finding a taste of the States. The expression “American chef” remained an oxymoron in Paris while, on the other side of the Atlantic Ocean, a culinary revolution was underway. French cooking was no longer the sole reference in high-end restaurants, as people began to rediscover the quality and pleasure of American cooking in a lighter, fresher, more local form.

The United States being a land of migrations –- and home to a good number of Francophiles – it could only be hoped that a few members of the new generation of American cooking would hop on a flight to Paris at some point and spread the word. To a whole city’s delight, they did. It wouldn’t be easy to find their place and feel at home in the French culinary paysage, especially in a land where even for the French, respect as a chef is hard to achieve and criticism strikes by its intensity.

As with all revolutions-in-the-making, the protagonists of culinary change in Paris started out secretive. Braden Perkins and Laura Adrian were among the first and began operating Hidden Kitchen, an under-the-radar supper club from their apartment near the Palais Royal. A few blocks away, Chicago chef Daniel Rose opened up now-famous restaurant Spring in a tiny space.

Reluctantly, born-and-bred Parisians began buzzing about a new crop of innovative cooks hailing from the United States. For the large Anglophone expat community, it was the beginning of a new and exciting culinary adventure. Little by little but with increasing speed, American-owned restaurants and cantines popped up around Paris. Risk-taking Americans fresh from Charles de Gaulle airport and those well-established in town gave each other mutual boosts in crafting a new culinary panorama in one of the world capitals where food is culture, pride, and tradition all in one.

Neighborhood expat favorites like Marc Grossman’s first shop Bob’s Juice Bar, opened in 2006, suddenly entered the repertoire and weekly routine of Parisians and what began as curiosity quickly turned into loyal following. When a trio of American-Colombians opened up Candelaria in the hip North Marais, promises of real tacos – hard to come by in Paris – sent hundreds of trend-hungry twenty-somethings flocking to the Rue de Saintonge to see what it was all about. (A ‘hidden’ bar serving pisco sours with edible glitter added to the buzz.) Over three years later, Candelaria is still going strong. The owners have since expanded their mini-empire, opening hot-dog-serving bar Glass in Pigalle, as well as Le Mary Celeste back in the North Marais.

The ever-critical French, always eager to voice their opinion, showered the new wave of anglo-run establishments with praise. Le Camion Qui Fume’s burgers, initially sold out of a food truck by La Madeleine, were lauded for their quality, making hour-long waits the norm. Le hamburger, finally no longer in direct association with the golden arch and red-haired clown, finally had its lettres de noblesse. Tea paired with a cupcake from Sugar Daze or a slice of cheesecake became a go-to goûter.

But perhaps the ultimate mark of assimilation of American food in all its forms came in French bookstores which, despite Amazon, remain sacred shopping destinations to browse and get up-to-date recommendations from well-read employees. Any respectable cookbook section is likely to have a striking number of New York or US-oriented titles. Brownies and pulled pork are no longer reserved for the American School’s yearly picnic.

In a country previously wary of the word ‘trend’ in a culinary setting, the real success of American-owned establishments in Paris is turning a trend into a general new way of looking at food and restaurants. Their influence and impact goes beyond burgers and Brooklyn Brewery: fine dining will remain a Paris trademark, but those seeking an experience where food is center stage in a more casual setting now have a plethora of options.

Another notable achievement of this visionary generation of Americans, Australians, and now the French, is erasing the mental definition of ‘American food’ versus ‘French food’. Le Mary Celeste has received rave reviews from French and American news outlets alike, and serves oysters alongside small plates that taste more global than Texan.

The revolution wasn’t televised, but definitely tasted. Hidden Kitchen came out of hiding and became acclaimed Verjus. Many others followed, showing the world that Paris may love tradition, but it doesn’t shy away from la nouveauté.

Some addresses for an American culinary experience in Paris: