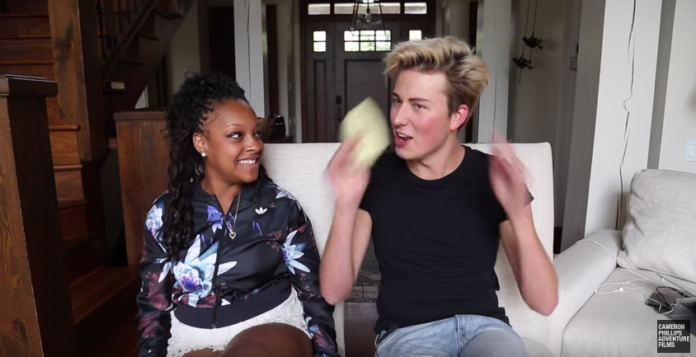 Learning languages is never easy, but sometimes the biggest hurdle is figuring out pronunciation.

Especially in French, when a lot of the letters tacked onto the end of words are silent. Take, for example, the imperfect plural conjugation of the word “manger” (which means “to eat”) which is spelled like “mangeaient” but pronounced similarly to its past participle, “mangé.”

For a new French learner, this can get really confusing. But, for native French speakers it’s pretty funny to watch Americans struggle with some basic phrases like “barbe à papa” the French word for cotton candy. Add in the subtle differences between the French used in France versus Canadian French, also called le québécois, and the results are even more hilarious.

When American YouTuber Cameron Phillips went to Quebec, he inevitably wanted to try and learn a little québécois and to test his pronunciation skills… which to be honest, need a lot of work. Still, for the native French speakers watching, Phillips’ cringe-worthy attempt at the French language is the best kind of comedic relief.

A Look at the Most Beautiful Villages in France