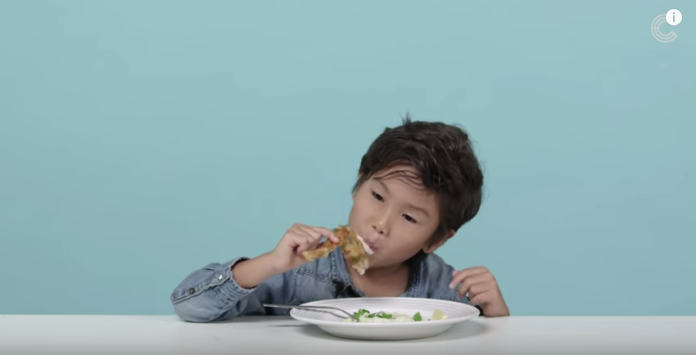 Some kids like duck liver paté… others do not at all.

But whether or not they like it, there’s nothing cuter than watching a bunch of tiny American kids try French food. Some will scarf it right up without question, maybe more out of hunger than taste, but others pick and prod, nibble and spit out. Mussels for lunch? No thank you. Beef tartare? Nope, most definitely not. But chocolat chaud and frites? Delish.

Even worse than all of that is the idea of eating cheese for dessert. Especially when that cheese is anything other than orange cheddar. Cheese over ice cream is pure treason in kid land. And when prompted to guess where the food they were eating was from? Well, most kids had absolutely no clue… except one boy who thought he knew: “It’s from China!”

Anyway, this video is so incredibly cute and funny, as well as being pretty educational about what a French day in food might look like: