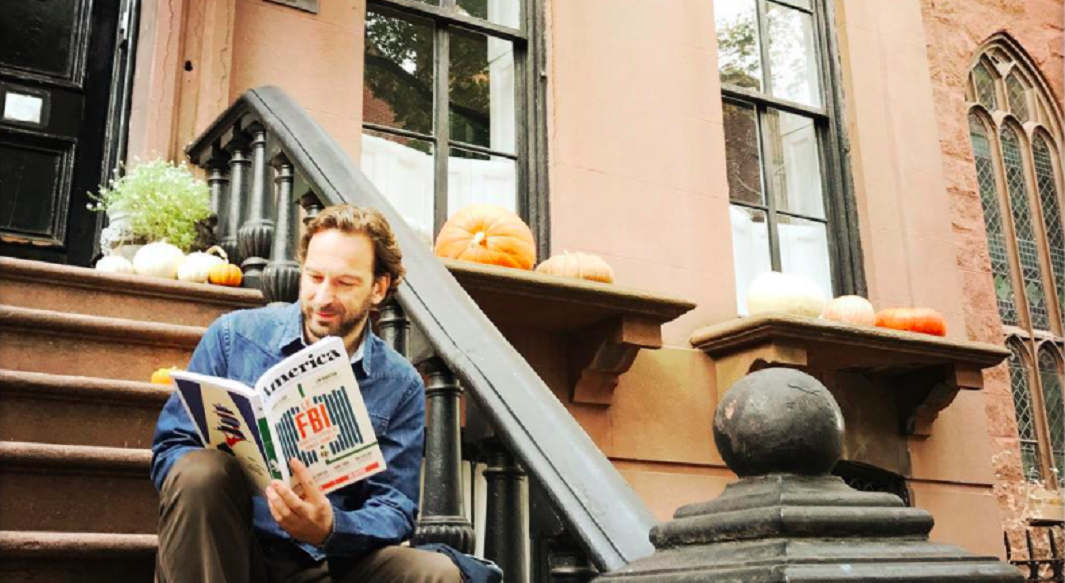 “America”: Viewing Trump’s America from across the Atlantic

“America is an ephemeral magazine,” Bunsel, co-founder of the publication, explains. “It will last as long as Trump’s presidency. What we’re interested in is bearing witness to a time, seizing an era. Trump is crazy, he’s a character in a novel. We want to memorialize that time.” With an end date for the quarterly magazine in mind, Bunsel says he likes working with a deadline: “You can’t rush. Every issue has to be a firework display.”

Bunsel says his idea for a “mook” (a mix between a magazine and a book) was born after Donald Trump’s surprise victory in November 2016. “Throughout the campaign, I read, saw, and heard experts tell us in the press that Hillary Clinton was going to win. They were ultimately wrong, self-proclaimed and out of touch with the reality of the country.” Along with Eric Fottorino, former editor-in-cheif of Le Monde, Busnel decided to give authors the chance to tell America’s story. “These writers are telling the story of the America at war, the post-9/11 America that went from Bush to Obama before electing Trump.”

The literary project features works from great French and American authors, including Toni Morrison, Ta-Nehisi Coates, James Ellroy, Jim Harrison, Philippe Besson, Paul Auster, and Maylis de Kerangal. Each one gives his or her own vision of America, either in the form of a short story or a report. In the third issue, Philippe Besson recounts his road trip from Chicago to New Orleans with his partner where they faced homophobia head on. It resembles a novel, non-journalistic and written in the first person.

Each edition of America contains an average of 200 pages of stories, investigations, news, and photos. This long format allows authors to travel, to meet people, and to tell their stories. In addition to novelists and journalists, great connoisseurs of the United States like Philippe Coste and Sylvain Cypel write different reports. “Today, the editors ask journalists to keep it short, to simplify their thinking. The result is that we lose out on the complexity,” says Busnel, who allowed Sylvain Cypel three weeks to visit the Rust Belt and meet poor and white voters. “He went door to door, even slept in strangers’ homes.”

The next issue will be published in February and will focus on violence in the U.S. Among other surprises, “Guns,” an unpublished short story by Stephen King, will appear in the magazine. Written exclusively for America, the short story was born from King’s shock after the Las Vegas shooting this past October.

The first three issues of America were incredibly popular in France, which allowed the magazine to finance itself without advertising. Busnel and Fottorino hope to publish an English-language version in the United States soon. They want to let Americans know what domestic and foreign writers and journalists think of their country.