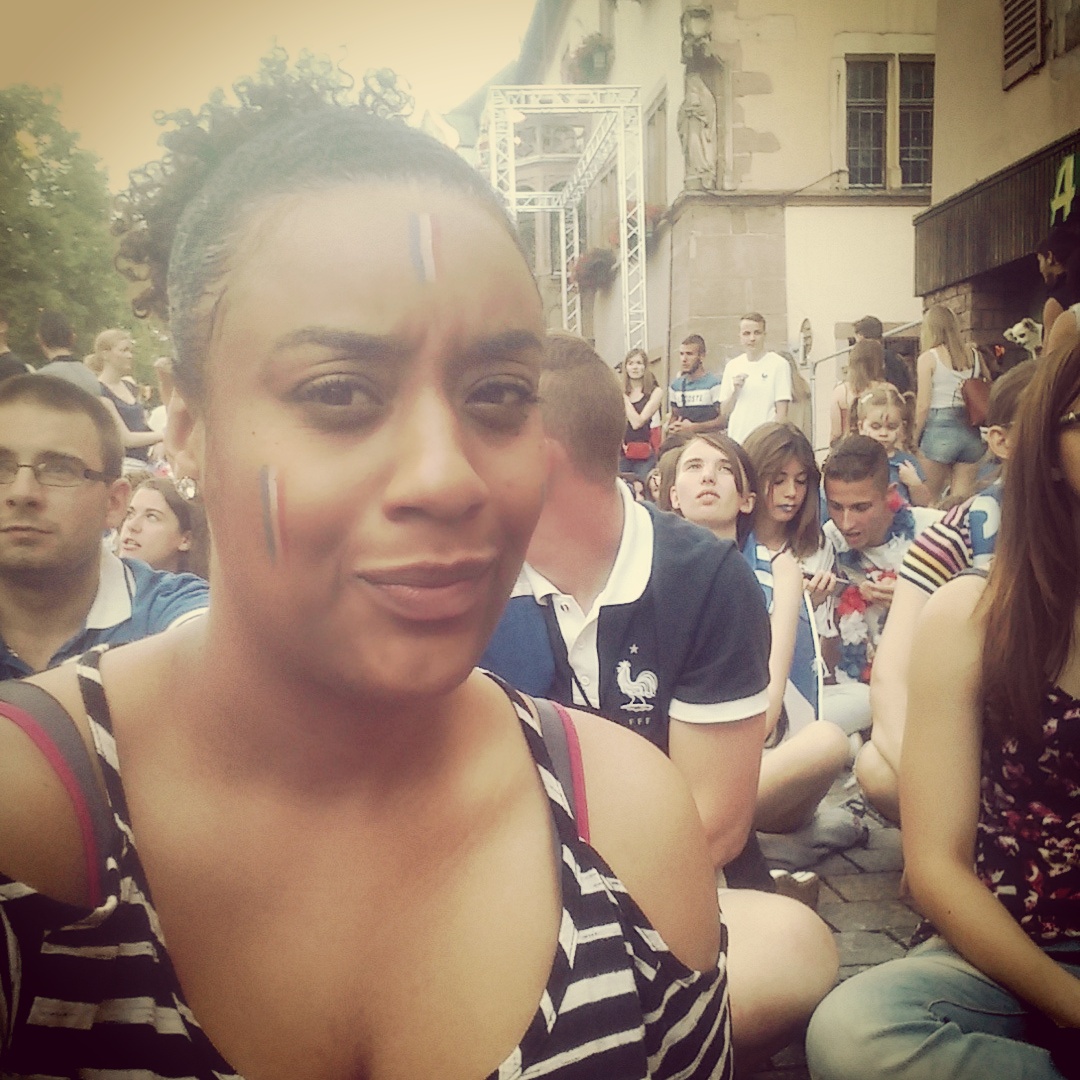 Every American woman has certain expectations about what it will be like to live in France.

For instance, most dream of finding love. You’d be surprised how many of my friends (and of course by friends, I mean my mother) believed that moving abroad would instantly be my ticket to matrimonial bliss with some gorgeous, bearded, broadly defined “frenchman.” In the weeks leading up to moving day, we talked up the promise of steamy trysts with hairy chested lotharios, and moonlit strolls under the Eiffel Tower while being serenaded by accordion music.

As an African-American woman however, all this talk got me worried. Would the men in France even like me? Would I be exoticized, or even worse, fetishized? I had read somewhere that in Europe, black women are often approached as prostitutes! I could see it now, “So how did you guys meet?” “Well, he tried to solicit me one night as I walking home, and we sort of just hit it off from there…” Staring at the long stay visa now permanently inserted in my passport, I wondered what it would mean– not just romantically, but culturally and socially– to be black in France. What was I getting myself into?

I live in Alsace, a large, diverse region where there’s nothing unusual about seeing and/or being a person of color. However, most black and brown folks here come from the Caribbean, North or West Africa. First guess at my provenance is usually the Antilles, perhaps Martinique – that is, until I open my mouth. “Ah, vous êtes americaine!” To be honest, it’s refreshing that no one really cares that you’re black (at least not like Americans care). They just want to talk about Beyoncé, and ask if you can give their kid English lessons.

“What Kind of Black Are You?”

It has been my experience that, French people have no concept of the African Diaspora. The majority of people of color in France know their heritage and ancestry. If you’re North African, your people come from Morocco, and maybe you yourself migrated from there as a child. The woman who does my hair is from St. Lucia and can most likely trace her family back for generations. As a result, most people here don’t think about slavery when asking what kind of black I am.

This became apparent in conversation with a nougat salesman for whom I had to figure out at least three different ways to say (in French): “I have no idea what part of Africa my family comes from.” I felt terrible, really. He was trying to be friendly, but there was no way to convey the murkiness of the historical and cultural swamp he’d waded into. Why try to explain the trans-atlantic slave trade when the real matter at hand was whether I liked the salted caramel?

Which, unlike slavery, was delicious.

…But Everyone’s a Little Bit Racist

It’s no secret that this country has issues with certain groups of people *cough* Muslims *cough*, but I cannot tell you how shamefully relieved I felt that, well, at least it’s not me this time. That feeling of relief, however, has been adequately shaken on a few notable occasions.

For instance, that time when the bistro below my apartment – where I occasionally flirted with the server after a few too many glasses of Bordeaux – hired a new hostess. When I jokingly chided with the server for not considering me for the gig, he laughed in my face: “But you’re black!”. And that was the punchline.

To be honest, I’m not sure what was more offensive; the played out stereotype or the fact that there was, like, no setup. I hate when jokes fall flat. Way to ruin my day.

With all the events and media centered around police brutality, the protests, and Trump’s hate-mongering, there is a special kind of guilt reserved for those of us who’ve managed to “escape”  by moving abroad. On one hand, I thank my lucky stars that the inexplicable feelings of hate, anger and fear directed toward black Americans every day is no longer my reality. I am still slightly amazed that cops ignore me when I’m walking down the street in France. The America I read about on friends’ Facebook statuses and Twitter feeds seems like some far-off nightmare to which I simply cannot relate. On the other hand, reading about black people being murdered every 28 hours, friends risking their lives to protest these injustices, and when every name that becomes a hashtag strikes a different nerve like some god-awful never ending game of Operation.

Living in the US, I never would have defended the social politics of my country. Now, there are nights my body aches for home, for my community; not just black people but black Americans. It is a twisted, compartmentalized sort of patriotism that I had never experienced living in the US.

Being an African American abroad definitely involves juggling loyalty to both countries. I constantly compare my experiences as a black woman here to what it would be like back home–from dating (HA!) to hair care (more HA!) to politics to sports. Do I root for France in the 2016 Eurocup, or do I stay up late on a school night to try and catch the NBA Finals? (I chose the latter and don’t even get me started…) There are days when it is definitively “better” living here and other days when I’m so homesick I Google map my house and stare at the pin.

But even without moonlit walks or a hairy chested lothario, living in France these past two years has been the best experience of my life. Not bad for a little black girl from the south side of Chicago.