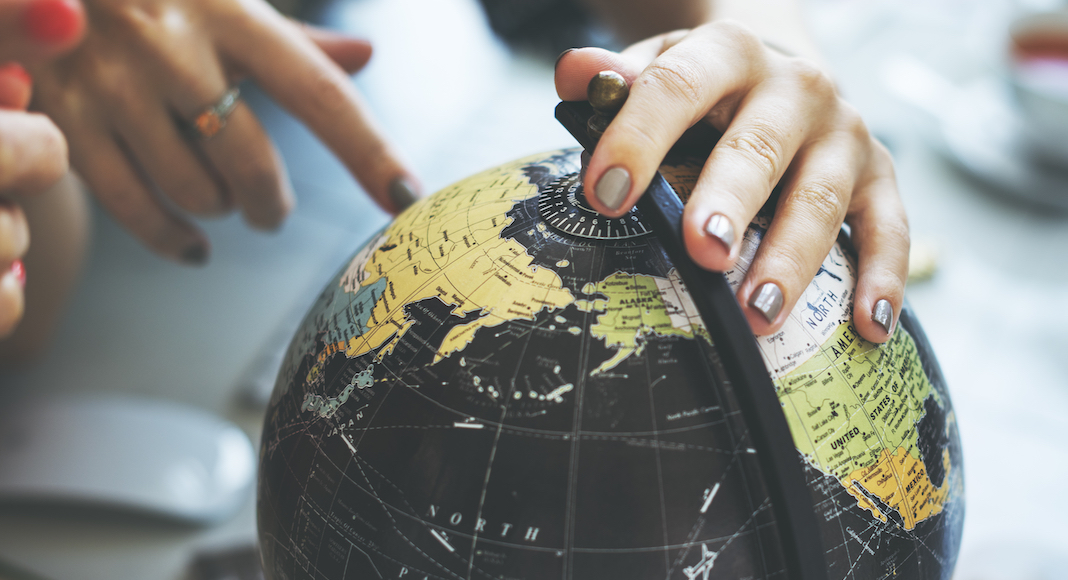 A Tour of the World… Without Leaving Paris

Whether Paris is your home, or you just love to spend the summer there, here are some travel invitations for Parisian globetrotters. By Clarisse Portevin.

Want to travel abroad? It’s difficult to escape when health restrictions limit your destinations, or when you can’t leave the capital. Yet Paris and its surroundings abound with foreign enclaves. Historical sites, restaurants, cultural venues: here is a small selection of places to travel to when you’re so far away and yet so close.

In the heart of the 5th arrondissement, a small piece of Brazilian culture is reaching out to you: the Portuguese and Brazilian Bookstore. The last Portuguese-speaking bookshop in France, the place houses hundreds of references, from the classics to children’s books. Whether you’re a fervent admirer of Brazilian literature or new to the arena, there’s something for everyone. In Portuguese or French, novels, cookbooks, or tourist guides will transport you to the streets of Rio de Janeiro or São Paulo. Depending on your desire, you can also escape to Cape Verde, Mozambique, and of course Portugal. Who knows? Maybe it’s time to learn a new language!

China: The House of Three Teas

For tea lovers: a little paradise awaits you in the 5th arrondissement! La Maison des trois thés actually offers more than 1,000 different teas. So many flavours and scents to take you on a journey to the heart of Asia. Between the bamboo and the porcelain dishes, the decor provides an escape in its own right. All this under the watchful eye of Master Tseng, one of the greatest tea experts in the world. Since she founded the place in 1995, she has harvested the most exceptional tea leaves, and always watches over the quality of the products, to create out of the ordinary tastings. A true sensory experience.

A place of history and memory, the American cemetery of Suresnes marries the slopes of Mount Valerian, west of Paris. Over seven acres, the white marble crosses follow one another in a green setting overlooked by a chapel whose architecture is reminiscent of the great monuments of Washington. A place that is worth a detour for a quiet stroll. All the more so as this American cemetery is the only one in Europe to bring together victims of both the First and Second World Wars. Adjacent to the chapel, two rooms keep alive the memory of these deadly conflicts. The land was ceded “in perpetuity by the French people,” a small piece of America at the gates of Paris.

As Alice fell in Wonderland, so you may enter this magical world of teacups, saucers and scone plates. The British Shop is a paradise for cross-Channel crockery in the heart of Paris: soup tureens, salad bowls, sugar bowls, cutlery… The shop, run by a Franco-British woman, has been offering a selection of Anglo-Saxon-style earthenware and porcelain objects for forty years. Dozens of dinner services, some of which were made in the 1960s. The perfect excursion to get an idea of an afternoon in the gardens and salons of Buckingham Palace!

You wanted to try your hand at climbing Mount Fuji? From July 15 to October 12, the Guimet National Museum of Asian Art is hosting the exhibition, “Fuji, Land of Snow.” An iconic figure of the Japanese landscape, Mount Fuji has inspired many artists from all over the world. The recognizable shape of this sacred mountain has become a recurring element in Japanese prints as well as in photography. And on its flanks, the snow is a sublime signature. A double journey, therefore: to another country and another season. Perfect if you’re looking for a bit of freshness. Take the opportunity to also admire the permanent collection of the museum. It brings together thousands of works that will take you on a journey through the history of the Empire of the Rising Sun.

You think the sky’s too gray? See you in Bamako! Or rather in the kitchen of the BMK, a canteen-grocery that showcases West African dishes. On the menu, the best of Malian cuisine, but also Ivorian or Senegalese: mafé, chicken yassa, attiéké and original creations. The establishment has adopted a home-made approach. A small piece of sunny Africa, all the more so as the decor honours Nelson Mandela, surrounded by African fabrics. On the grocery side, you will find all the typical products of African cuisine, from cassava to okra. Those who feel like a chef will be able to try the recipes at home. Bon appétit!

Fancy a cocktail and some delicious tacos? La Candelaria was made for you: the establishment combines a typical Mexican restaurant and a cocktail bar, hidden in a back room, which has been ranked among the 50 best bars in the world by Tales of the Cocktail. On the restaurant side, the taquería offers tacos in a friendly bistro atmosphere. A taquería is a typical establishment of Mexican life, ranging from a small, ephemeral stall to a gastronomic restaurant, specializing in tacos, but also serving other traditional dishes. Born in 2015, La Candelaria prides itself on being the first taquería to have conquered Paris. What more could you ask for to bring Mexico into your life?

At the end of a narrow alley in the 19th district, behind a gate, the Orthodox Church of St Sergius is a real little piece of Russia. Originally a German Lutheran church, the small building is not easy to find, which adds to its charm. The brick structure houses a collection of old books, magnificent stained glass windows and frescoes dating from the 1920s. A wooden porch has been added to the entrance of the church. This colourful facade is reminiscent of the isbas, traditional Russian houses whose appearance is similar to that of a cottage. A place of serenity and calm, far from the Parisian crowds

Fancy a walk in the hills of Venezuela? See you at Aji Dulce’s house! This restaurant was originally a food truck, the first one dedicated to Venezuelan cuisine in Paris. On the strength of its success, the brand then developed into a brick-and-mortar restaurant in the 9th arrondissement. The name of the place comes from a key ingredient in Venezuelan cuisine: a very sweet chilli pepper. The country’s traditional recipes illustrate its history of blending flavours for a very rich taste experience. Between the Andes and the Caribbean, between sweet, salty and unique textures, no doubt, you will leave with a stomach full of memories.