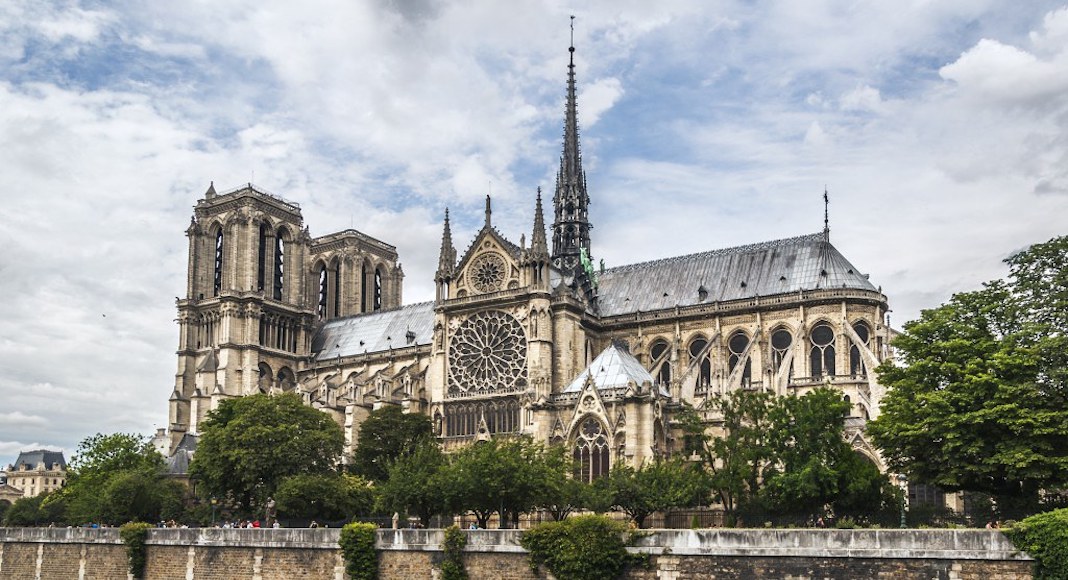 “A Symbol of Enduring Identity”: How The American Press Responded to Notre-Dame

In the aftermath of the fire that devastated the spire and two-thirds of the roof of Notre-Dame de Paris Cathedral on April 15, the American media mourned the loss of a strong symbol for France and the world in general.

For Rich Lowry of the New York Post, the fire destroyed “a significant part of an inheritance built up over hundreds of years in a few hours.” According to the conservative American writer, “Notre Dame stands for so many qualities that we now lack — patience and staying power, the cultivation of beauty, a deep ­religious faith, a cultural confidence and ambition that could create a timeless monument of our civilization — that the collapse of its spire was almost too much to bear.”

“The fall of Notre Dame is a body blow to Paris and all it represents,” reads the Washington Post. For the author of the article, journalist James McAuley, “The challenge now will not be to rebuild the structure but what it represented: the security, the safety, the eternity. It may be only partially possible.” The construction of Notre-Dame de Paris was begun in the 12th century and completed two centuries later.

The New York Times headlined: “A France in Turmoil Weeps for a Symbol of Paris’s Enduring Identity“. Editorialist Michael Kimmelman sees the flames of Notre-Dame as a symbol of a France torn apart by the yellow vest crisis. “The fire at Notre-Dame happened on the day that the country’s troubled president, Emmanuel Macron, was supposed to explain how he intended to address the demands of the ‘Yellow Vest‘ movement. An anguished, restless nation has struggled to cope with the monthslong uprising and with the frayed social safety net that spurred the protests. Generations that had come to rely on this social safety net, as a matter of national pride and identity, see it going up in smoke. On Monday, so was the cathedral, which for centuries has enshrined an evolving notion of Frenchness.”

For the Washington Examiner‘s Tom Rogan, “Even while burning, [Notre-Dame Cathedral] represents France’s majestic culture and history.” Rogan goes further by estimating that the United States should “authorize a grant to France worth 17.83% of Notre Dame’s total reconstruction costs,” referring to the date of the Treaty of Paris which marked the independence of the United States in 1783. “That funding would serve two purposes:  offering tangible solidarity to France and making that solidarity a partner to our continuing history.”

Alissa Wilkinson wrote a personal, reflective piece for Vox over why the cathedral’s fire is so emotional. “A senselessly burning landmark brings the sudden realization that everything that seems permanent could go away. It is frightening, in an existential way. It is why some Parisians reportedly wept and gathered to sing near the cathedral, even if they hadn’t set foot in it for years. It is why people around the world, many of whom never actually worshipped there, started recounting their memories of visiting on a class trip, or just walking past the place.”