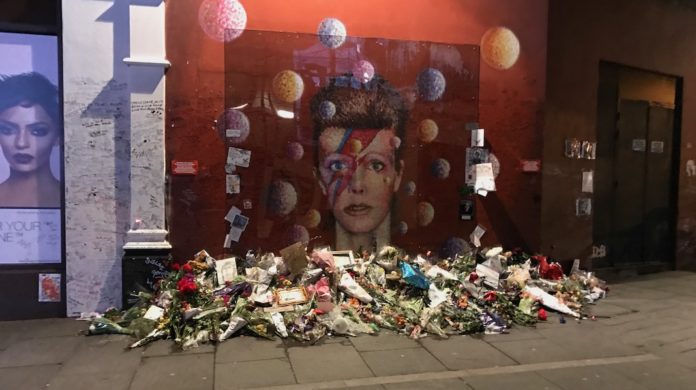 Friday, January 10, 2020 marked the fourth anniversary of the death of British singer David Bowie. The artist always had a special connection with Paris, as the French magazine Les Inrocks noted: “It was in the City of Lights that he gave his first concert abroad, at the Golf Drouot in 1965, with his group The Lower Third, that he made his proposal of marriage, in 1991, on a boat at the Pont Neuf, not to mention the memorable parties in the 70s…”

To seal this relationship, the mayor of the 13th arrondissement of the French capital, Jérôme Coumet, announced on Wednesday, January 8th (Bowie’s birthday) on Twitter: “I have a scoop: a street in #Paris13 will soon be named after him!!”

The Paris Council should validate the naming of “rue David Bowie,” near Austerlitz on the eastern side of Paris, this February.