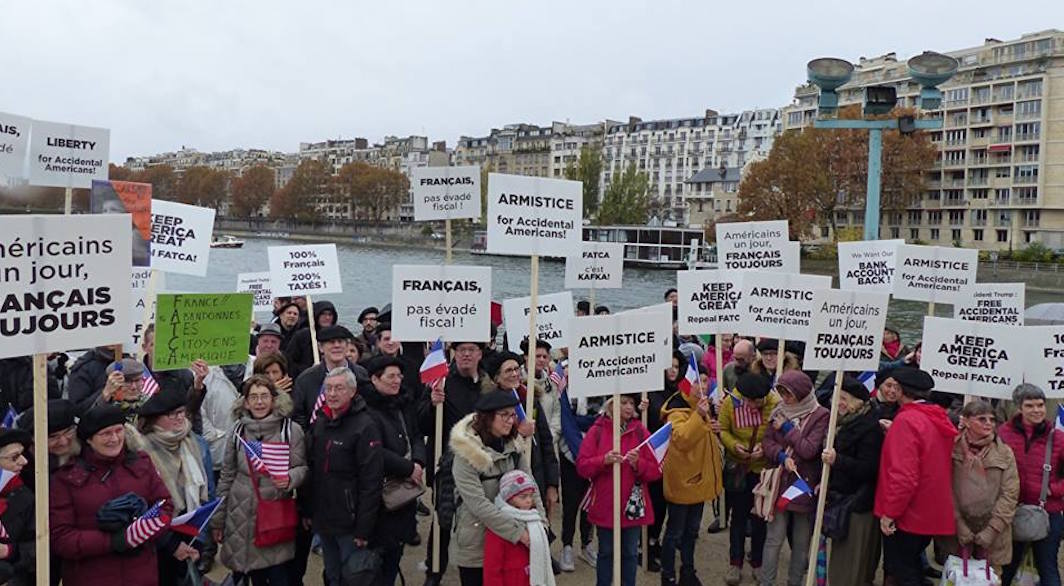 France must consider challenging the American tax law FACTA and restrict the banking information it shares with the United States. This is one of the recommendations of the report by Members of Parliament Marc Le Fur, of the conservative party Les Républicains, and Laurent Saint-Martin, of the center-left party La République en Marche, on “accidental Americans.” The elected representatives unveiled the conclusions of their report on Wednesday, May 15.

“Accidental Americans,” as they’re called, are U.S. citizens who neither live in the country nor have any real ties to the United States. This could be someone who has an American parent or was born in the United States but only lived there very shortly (perhaps the parents were working in the U.S. temporarily or were traveling there). As citizens, they are still expected to pay taxes.

The report also calls on the Finance Ministry to intervene to stop closing the bank accounts of “accidental Americans” and asks the United States to facilitate the procedure for renouncing nationality for these American individuals.

“We hope that the government will take up the report,” explains Laurent Saint-Martin, MP for Val-de-Marne. “Accidental Americans do not seem to be a major issue, but their situation says a lot about the acceptance of internationally applied American laws by the French and European governments.”

The report aims to correct the perverse effects of the American FATCA law adopted in 2010. This tax evasion law, applied in France under a bilateral agreement entered in 2013, collects data on Americans’ financial assets abroad. Since American nationals are taxed on their worldwide income, and not by their residence as in France, the “accidental Americans” have found themselves in the crosshairs of the IRS.

To make matters worse, some French banks, anxious to avoid heavy penalties for failing to communicate their customers’ banking data to the US authorities, have preferred to restrict services or close the accounts of individuals with links to the United States (“clues of Americanness”). This behavior is “overzealous” according to MPs and is denounced by the Association of Accidental Americans (AAA).

In addition to actions directed at financial institutions (reminders of the rules, obligation to justify decisions to terminate contracts, etc.), the report’s authors also urge the French government to open “a real negotiation” on this law, which is also denounced by some Republican elected officials.

In particular, they call on the French authorities to intervene to ensure that the reciprocity of exchanging banking information with the American authorities is respected. For the time being, only French institutions provide information on their American clients, while their American counterparts do not do the same with data from their French clients. The French MPs are going as far as to propose “suspending the transfer to the IRS of these data collected by French banks” until the Americans respect their commitments. “There is a one-sidedness that is not acceptable,” says Saint-Martin.

The government should also “negotiate for ‘accidental Americans’s’ access to
procedures for the amicable settlement of violations of tax obligations.” The payment of tax bills is, in fact, the condition for any procedure to give up nationality. On the latter point, the elected officials would like to “reduce the administrative costs of renouncing American citizenship to their previous amount of $400 and exempt the most low-income individuals from payment.”

Laurent Saint-Martin is aware that the subject is not a priority for the government in the middle of the “GAFA tax” (Google, Apple, Facebook, Amazon) that France wants to impose on technology giants. It’s a thorny issue between the two countries that was raised “several times” by the American interlocutors of the two MPs, specifies Saint-Martin.