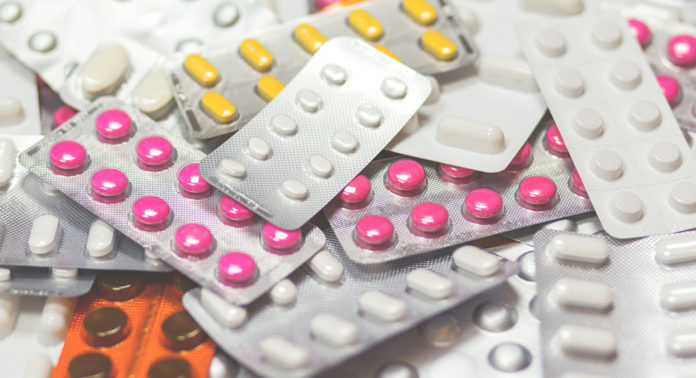 If you’ve spent some time wandering the isles of a pharmacie in France searching for a bottle of Advil, this article is for you. It’s sometimes complicated to recreate a basic drug collection in a foreign country without knowing the French medicine brands or the general name given by the International Nonproprietary Names (INN).

To help you navigate a French pharmacy, here’s a list of common American OTC drugs and what you can buy instead when in France.

In America we refer to this drug as acetaminophen; however, in France, the technical term is paracétamol. This drug is found under the brand names Doliprane, Dafalgan, and Efferalgan.

Acetylsalicylic acid, or aspirin, is usually found in tablet form in America and taken to reduce headaches, pain, fever, or inflammation. In France, the drug Aspegic, used to reduce fever in the same way that Aspirin is, is commonly found in the form of powder. Aspegic also works in the place of Excedrin.

These two drugs, which are commonly called ibuprofen, are found in France under the name Nurofen.

Used to regulate the level of intestinal gas production, this drug as well as Phazyme (INN simethicone), don’t have an exact equivalent in France. A similar drug is Smecta, which is an used for diarrhea.

This drug can be found over the counter in France. It’s a powerful anti-diarrheal medicine but must always be combined with an intestinal antibiotic in case of infection.

This expectorant providing mucus relief, INN name guafenesin (guaïfénésine in French), has many equivalents in France, including Mucomyst and Rhinathiol. It’s useful in the case of a wet cough.

A similar formulation of drugs as those found in DayQuil, NyQuil, and Alka Seltzer, this antihistamine is known as Humex in France. Humex is both an antihistamine and a vasoconstrictor, meant to help the common cold. It is always preferable to use drugs with fewer ingredients and simple formulas to avoid overdose, especially of paracetamol (acetaminophen), which has potentially serious consequences.

Though the U.S. doesn’t have a wide supply of homeopathic products available on American pharmacy shelves, we do have Arnica gel, which helps relieve muscle pain, stiffness, and swelling. In France, the French pharmaceutical company Boiron, which specializes in homeopathic products and is also well-established in the U.S., has products in every French pharmacy (including Arnica gel, of which they are the maker).