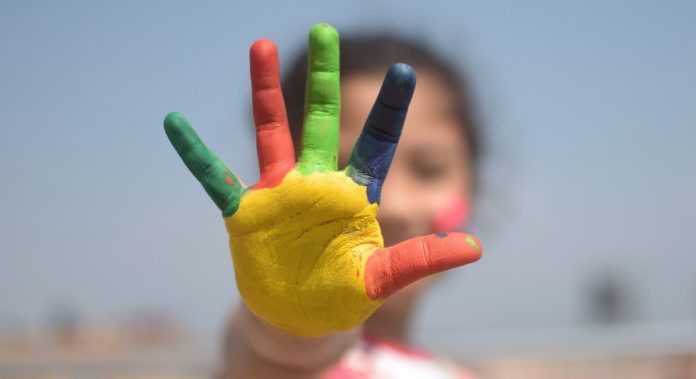 Summer may seem far away, but for parents in the Washington, DC region it’s just around the corner. Summer camp schedules have already been announced, and French and Francophone camps are already filling up on registrations. Here are seven summer camps in Washington, DC and just outside DC in Maryland and Virginia perfect for kids who speak (or are learning to speak) French.

La Boulangerie’s summer camp will (culturally) take your children to Morocco this summer. The program includes baking and bread making, as well as a celebration of the country’s cuisine, from street snacks to dishes such as chicken tagine, olives in lemon, and desserts such as ghriba, a semolina biscuit served with mint tea. Stories, music, costumes and dance will be part of the week’s activities. This French-speaking camp is from August 17 to 21, from 9:15 a.m. and 3:30 p.m., for children 6-9 years old, speaking any level of French. — $395 for the week. 6950 Maple St. NW., Washington, DC 20012

7 weeks of camps (and fun) in French full immersion for Kids at AFDC this summer! Don’t miss your spot! Link in bio.

French Academy, the school that offers French courses in small groups all year round, is offering summer camps in Chevy Chase this summer for 5-12 year olds, from July 6 to August 7. Children are separated into two levels: beginners in French and advanced/bilingual. Language learning is through group games, puzzles, and art projects. Activities revolve around a weekly theme. Camp is 8:30 a.m. to 4 p.m., with daycare possible until 5:30 p.m. (around $130 per week), and half-days are also possible. Enrollment must happen at least three weeks before the beginning of the desired week. — $405 for the week, $305 for half-day; 5671 Western Avenue NW, Washington, DC 20015

This Saturday school, a reference for many French-speaking parents in the region, also opens its doors in the summer from June 16 to July 10 for camps for children 5-15 years old. Activities for Francophone children range from theatre to sports, science and music. French is always present: a complete immersion to practice throughout the day and a specific daily session to progress in language skills. The children are grouped by age and according to their level of French, though most are bilingual or close to it. From 9 a.m. to 3:30 p.m., with the possibility of daycare until 6 p.m. — $455 per week (except for the week including July 4, $370). Discounts are available if relatives are registered or if the child attends year-round classes; 9525 Old Georgetown Road, Bethesda, MD 20814. Bus service available from Washington DC.

French Academy, the school also present in Chevy Chase, Maryland, offers summer camps at its Alexandria, Virginia facility on a reduced schedule and only from July 27 to August 7. The program includes outdoor games, crafts, and music in total French immersion to work on vocabulary. Children 5-12 years old are welcome regardless of their language level in French. Camp is 9:30 a.m. to 12:30 p.m. Enrollment must happen at least three weeks before the beginning of the desired week. — $295 per week; 5749 Governors Pond Cir, Alexandria, VA 22310

Created by parents in the DC area in 2005, the school offers a total of nine weeks of summer camps from June 22 to August 21 in Falls Church, Virginia. It’s a camp for very young children — toddlers must be between two and a half and six and a half years old to attend. On the program: a complete immersion in French and many outdoor activities around culture and art. The school offers camps for the day (9 a.m. to 3 p.m.) or half day. Daycare is available starting at 7 a.m. and until 6 p.m. — $442 per week, $287 for half days; 115 Hillwood Ave, Falls Church, VA 22046