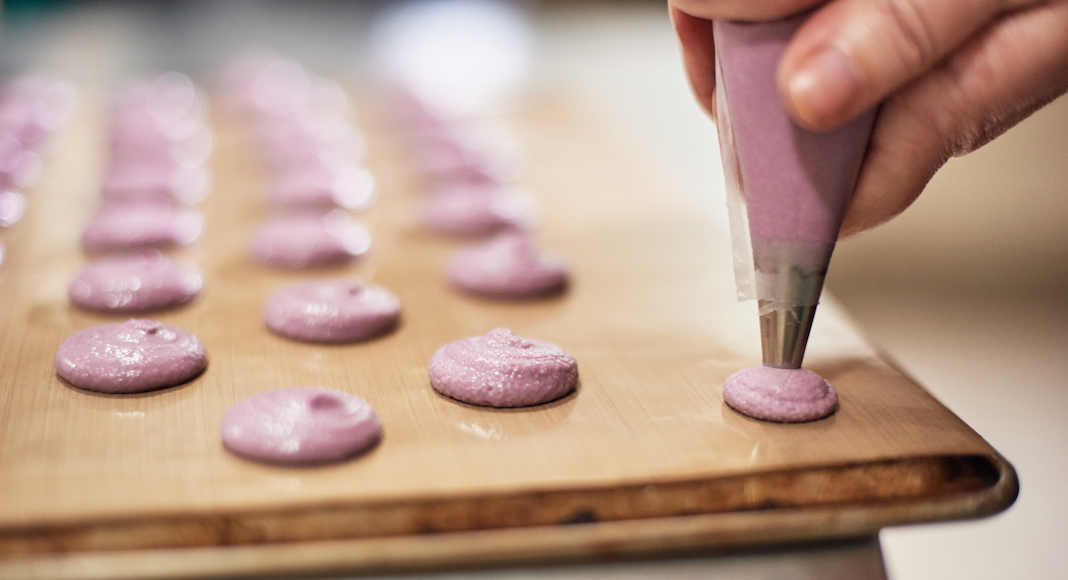 7 French Food Books You Should Be Reading Right Now

There have been enough French cookbooks written to build a restaurant with… probably even an international chain of them. And it’s no surprise. Whether you’re feeling adventurous, curious, nostalgic, or just plain hungry, books about food can be a remarkable balm to the soul. Here is a shortlist of our dogeared and sauce-splattered favorites.

Alex Gabriel, i.e. ‘French Guy Cooking,’ is one of the most beloved chefs online, having turned his wacky experiments on YouTube into a full-fledged culinary career. He’s done multi-part video projects on making wine, croissants, and instant ramen… all from home, and from scratch. He likes to take traditional French dishes and give them a modern twist–often, with an alternate vegetarian variation. Just A French Guy Cooking is Alex’s love letter to all things edible, an accessible, budget-friendly beginner’s guide to cooking, filled with nerdy passion and delicious eats. Buy on Amazon here.

If the title isn’t enough to bring you back to lazy afternoons on a terrasse in a quasi-fictional April you’re pretty sure you experienced, either on study abroad or in a past life, then Suzy Ashford’s recipe for Spinach & Gruyère Quiche might do the trick. Easy recipes from the self-taught Australian chef will help you spend Lunch in Paris no matter where you are. Each section is inspired by a different neighborhood in Paris, and the book itself is as beautiful as each, painting a soulful picture of France’s capital and the humble dishes that define it. Buy on Amazon here.

3. ‘Dinner in French: My Recipes by Way of France: A Cookbook’ by Melissa Clark

When eating French food in Brooklyn, you might notice that a few… let’s call them, “tweaks,” have been added to the menu. It’s not uncommon to see avocado toast with smoked salmon on the menu, or trout amandine with salsa verde. Fusion is the name of the game, and New York Times food writer Melissa Clark is the gold medal champ. Her book Dinner in French (yes, the one with the intimidatingly pretty asparagus tart on the cover) is an ode to French techniques and the myriad ways they can be bastardized into some pretty phenomenal meals that are far from Escoffier-certified, but will definitely be friends and family approved. Buy on Amazon here.

As the baking-bread-at-home trend grows more ubiquitous every day, it might be time to challenge yourself to something a little more intense than your standard sourdough starter. French chef Jean Michel Raynaud’s The French Baker is the ultimate Bible of dough-based French foods. Raynaud starts by breaking down the essential ingredients involved in baking, stating that, “Baking is as much about science as it is creativity,” before moving into recipes for all kinds of breads, pastries, and viennoiseries that will keep you busy for weeks–if not months–on end. Buy on Amazon here.

5. ‘Fromages: An Expert’s Guide To French Cheese’ by Dominique Bouchait

Anyone who’s ever struggled ordering a bottle of wine at a nice restaurant will understand the terror the uninitiated might feel when shopping for cheese in France. You may have the basics down: you can recognize goat cheese, blue cheese, and brie. But if you want to meet the next cheese love of your life, Dominique Bouchait’s Fromages is a good place to start. Beyond explaining what different kinds of cheeses taste like, how they are made, and how they should be sliced, stored, and sampled, this Meilleur Ouvrier de France cites the cultural and historical significance of each of these sacred French products. Buy on Amazon here.

Another book by world-famous French chef Alain Ducasse, his Grand Livre de Cuisine, is often cited as a must-read for chefs of all stripes. But a self-proclaimed culinary encyclopaedia by one of the planet’s top chefs isn’t necessarily what your average home cook is looking for. For those of us who want the clout without the density, turn to Ducasse’s Bistro, his book on French comfort food, named for the casual French dining establishments that reliably serve recipes perfected over centuries, the same in Lyon as in Paris, in Provence as in Brittany. Buy on Amazon here.

7. ‘Drinking French: The Iconic Cocktails, Apéritifs, and Café Traditions of France, with 160 Recipes” by David Lebovitz

One of the Frenchest Americans of all time, chef and food writer David Lebovitz is the person you want to turn to when you want the full story. His exhaustive manifesto on French beverages, Drinking French, is divided into five chapters (hot drinks, apéritifs, liqueurs and infusions, cocktails, and snacks), and he doesn’t skip a detail. Each chapter lays the foundation to give you context for each drink before he begins sprinkling in recipes, each grouped by ingredient and inspired by some of his favorite bars and restaurants in Paris. And if you’re waiting for the food part, Lebovitz tops it all off with some easy, quintessentially French dishes for you to nosh on while you fix your apérol spritz. Buy on Amazon here.