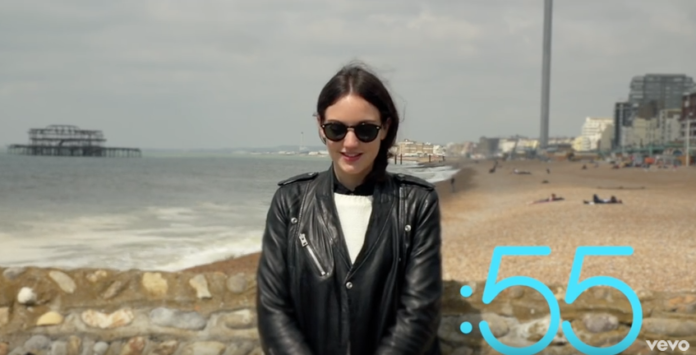 Toulouse-born pop singer Jain is one of the coolest up and coming singers out there. Her music, which is totally danceable, is making waves not just in France but around the world as well.

Jain’s music isn’t just French-influenced, but influenced by everywhere Jain has traveled in her life. She’s a well known globetrotter, spending her childhood living in various countries and continents because of her father’s job. A lot of her music is inspired by all the places she has lived, making it unique and fun to listen to.

Her style is always impeccable as well; it’s definitely French, but Jain puts her own twist on it, just like she does in her popular music videos, like the video for her song “Come” from her 2015 album Zanaka.

To learn more about the elusive Jain, Vevo France asked her to answer as many questions as she could in 60 seconds, against the beautiful background of Brighton Beach.

Forget the Art of Cooking, Here’s the Science Behind Making Perfect...

Forget the Art of Cooking, Here’s the Science Behind Making Perfect...