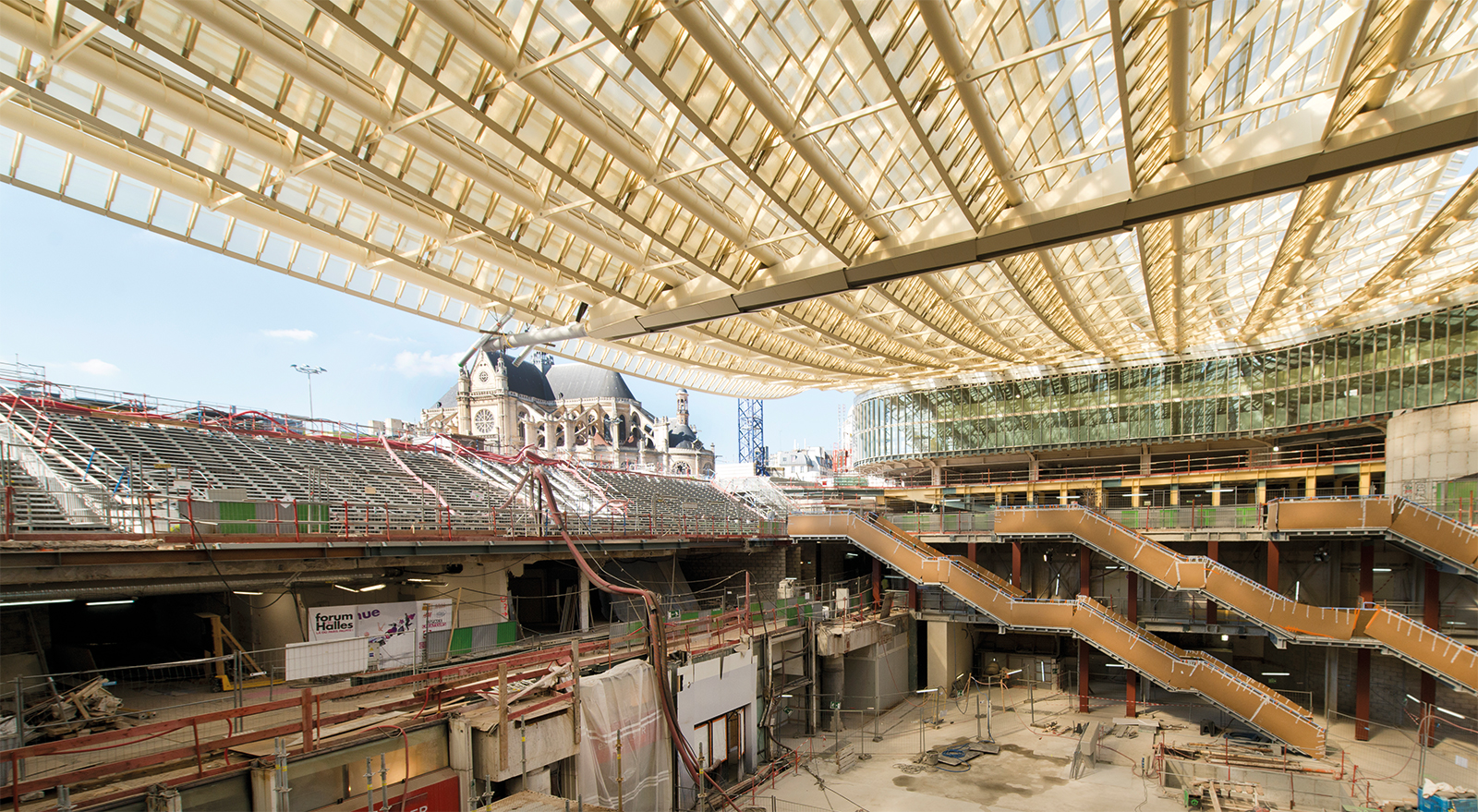 The New Les Halles on Track to Open in April

In the 1970s, having learned nothing from New York City’s demolition of the original Pennsylvania Station, Paris knocked down the open-air market known as Les Halles and installed a stifling paragon of the bleak, architectural madness that consumed urban planning worldwide in the 70s and 80s. In April, the city hopes to right that wrong.

While the wrought-iron majesty of the original 19th century market are gone forever, a glass roof covering more than six acres will soon top off the revamped Les Halles, part of the €1 billion project to fix what Mayor Anne Hidalgo has dubbed an “urban catastrophe.”

What Emile Zola called the “belly of Paris” quickly became the underbelly of the city as Les Halles was transformed in the 70s and 80s from a piazza to a critical transit hub used by 750,000 commuters on both the Métro and RER. The labyrinthine connections between the trains at Les Halles and Châtelet, along with the underground Forum des Halles, an insufferably suburban shopping mall, made the once vibrant public place an eyesore avoided at all costs by Parisians and tourists alike.

The current overhaul is reworking the commercial spaces, adding gardens and a library, as well as a conservatory and a “hip-hop centre,” all housed under the undulating covering referred to as “the Canopy.”

Patrick Berger, the architect behind the project, believes the improved Les Halles will be a new “gateway to the city,” with commuters from the Paris suburbs not longer balking at the idea of debarking there.

Donato Severo, an architect at Paris University, told the Guardian, “This is an attempt to heal a wound that never closed.” The key word is ‘attempt’: some opponents of the project have argued that everything should have been kept underground, allowing the street-level of Les Halles to be converted into a wide expanse of green space. Others have decried the cost of the project, like Albert Lévy, an urbanist with the French National Center for Scientific research, who also told the Guardian, “It seems to me like a megalomaniac project. Was there really the need to build a canopy this costly?”

The new Les Halles is slated to open in April.