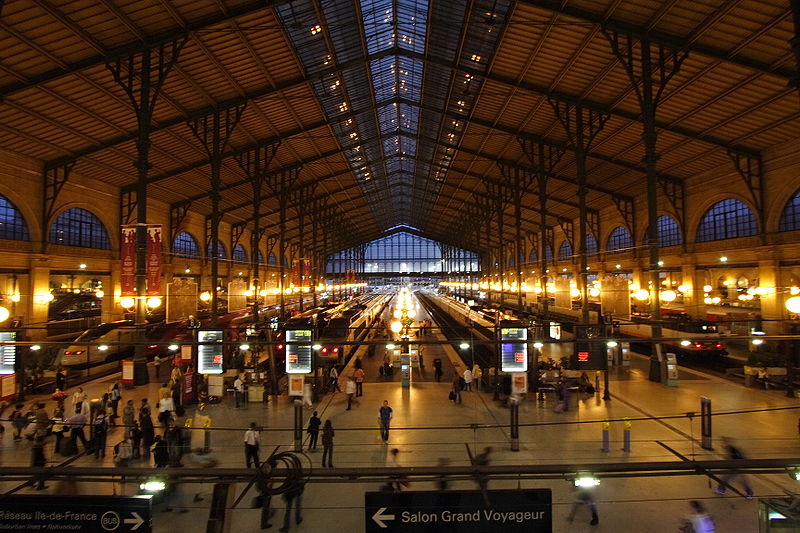 3 Days in the 10th Arrondissement

The 10th arrondissement of Paris is a mixed bag of a neighborhood, with a population smack-dab in the middle of the twenty arrondissements, circumscribed by the boulevard de la Chapelle from Barbès-Rochechouart to Stalingrad on the north side to the boulevard Saint-Martin from Bonne Nouvelle to République in the south and from rue u Faubourg Poissonière in the west to boulevard de la Villette in the east.

The neighborhood is one of the biggest portals into Paris, with two of the busiest rail stations in all of Europe, including the Gare du Nord, which brings in Eurostar passengers from the London.

But what to do and where to eat in this semi-industrial, semi-residential corner of Paris, when you’ve only got three days?

The most essential attraction in the 10th is the Canal Saint-Martin, a series of locks below the Bassin de la Villette along the quais de Valmy and Jemmapes where all sorts of locals and tourists go to while away the hours, have outdoor soirées, and play pétanque. The Jaurès station puts you right at the head of the canal and the botton of the basin, close to the MK2 theater and Le Point Éphémère—this is the dividing line between Basse-Canal and Haute-Canal. Towards the south, on the west bank of the canal, is the Jardin Villemin, one of the larger parks in the 10th and a fantastic place to escape the bustle of the neighborhood and the canal.

The 10th is in Paris, and Paris is in France, so necessarily, there’s a Musée Gourmand du Chocolat dedicated to the four-millennia-long history of the sugary treat, which the museum covers in detail over its three stories. For a few extra euros, you can enjoy a hot chocolate tasting at the end of your visit.

For some adorable, covered shopping, the Passage Brady is another of Paris’s classic iron-and-glass arcades, with shops and a few serviceable Indian restaurants. As for more open-air shopping, the rue de Marseille is rife with hip clothing just off the Canal Saint-Martin.

Despite its pedigree as the creation of a Top Chef winner, Romain Tischenko’s Le Galopin is a neighborhood favorite, small, cozy, and serving unimpeachable modern French bistro fare since 2011. The seven-course, prix fixe meals are always worth the price tag, rotating daily to ensure the freshest ingredients and seasonal flairs.

If you didn’t get a taste of Little Bombay in the Passage Brady, Kashmir House will do the trick, with a wide-ranging menu of Indian and Pakistani specialties that—like the shawarma found in the Marais—somehow tastes better in Paris than anywhere else outside of the native countries.

Chez Philou is a slightly out-of-the way restaurant bistronomique with an absolutely spotless record among locals, owed in no small part to its sensational selection of wines by the glass. Not that menu of modern French fare doesn’t score the spot a fair few points: the entrecôte épaisse is a perfectly executed dish on its bed of mushrooms and potatoes, the salmon and bean dish looks too good to eat and smells too good not to eat, and the seasonal game dishes are worth every centime they add to the prix fixe.

L’Ours Bar is a neighborhood haunt steeped in cocktail culture, running a list of classic concoctions and signature slakes like La Grande Ourse with peppercorn-infused vodka, Chartreuse, and ginger beer. One of the best things about this bar: an honest-to-god martini will only set you back five euros, cheap enough to be truly a dangerous proposition. If L’Ours is too crowded—a fair possibility—just down the street is Le Mérou, another cocktail bar with live DJ sets during the weekend. You may be tempted to bounce between the two bars as fortune ebbs and flows in your favor: give in to that temptation.

For those that prefer the natural cocktail of fermented grapes and time, the east bank of the Canal Saint-Martin can boast of La Vache dans les Vignes, a stellar wine cellar and cheese cave (although above ground) serving meat and cheese boards alongside perfectly paired glasses of wine and fantastically personable service.