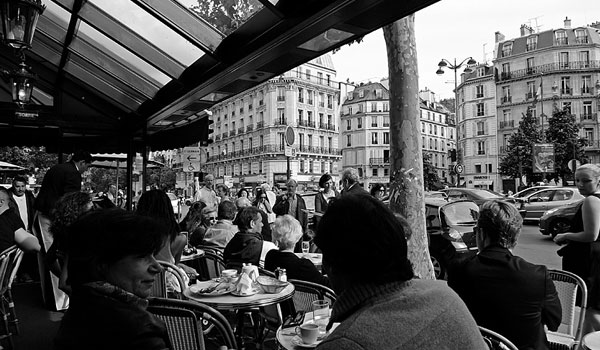 3 Days in the 6th Arrondissement

The 6th arrondissement of Paris runs from the Left Bank of the Seine on the north to the boulevard du Montparnasse in the south, and from the boulevard Saint-Michel in the east to the rue des Saint-Pères and rue de Sèvres in the west. The neighborhood includes part of the Latin Quarter, which is centered on the boulevards Saint-Michel and Saint-Germain, and is the famous bohemian section of Paris, filled with pedestrian-only streets that are, unfortunately, often swarmed with tourists.

The centerpiece of the 6th arrondissement—and, arguably, of Paris itself—is the Jardin du Luxembourg, a nearly 60-acre display of gardening excellence, filled with trees and flowers and quiet walkways and benches. A good deal of sculpture is on display here, including works by Bartholdi, Blanchard, Sicard, Masseau, and a host of others. The Palais du Luxembourg is within the park as well—constructed for Marie de’ Medici, it is now the home of the French Senate. If you manage to get into the palace during visiting hours, the dome painting Dante’s Inferno by Eugène Delacroix is as stunning as anything found in a proper museum.

Set in the last place he every lived, the Musée National Eugène Delacroix displays works from every era of the artist’s professional life, including sketches and drawings, as well as personal artifacts, rare photographs, and a more than 1,000-tome deep library.

The Église de Saint-Germain-des-Prés, which gives the neighborhood its name, is the oldest church in Paris, a feat that’s far more impressive than it is in, say, New York. Founded in 542 AD, the 11th century structure was the center of immense power in the height of Catholic France. Today, it’s a well-restored bit of Parisian history with high, grand ceilings from an era before pews had been invented.

Jardin and Palais du Luxembourg
14 rue de Vaugirard
Métro Odéon, RER Luxembourg
+33 01 44541949
Open daily from 7am to one hour before sunset (summer) and 8am to one hour to sunset (winter).
Website

When it comes to the boulevard Saint-Germain, there are three places no one needs to be told to go: Café de Flore, Les Deux Magots, and Brasserie Lipp, three venerable reminders of the heady days of the Lost Generation. These days, one needs to be told that both places have become tourist traps where a Heineken will set you back a surprising amount. That said, both places are resolutely classic French restaurants, and after all, one doesn’t avoid the Louvre simply because the tourists have found out about it.

If you want to escape the traps of the boulevard, Le Bistrot d’Henri offers classic bistro fare in an intimate environment, staffed by some of the most helpful and friendly waitstaff in the city, all at a pretty reasonable price point. The filet of bass and chateaubriand are both workhorses of the menu, and for the more adventurous, there’s the offal choice of andouillette Lyonnais. Or, more smartly, steak with bone marrow.

For more modern, seafood-oriented French cuisine, Fish La Boissonnerie has a tight, well-curated menu that has options for vegetarians and red-meat lovers as well as the fish-centric. Their wine selection is absolutely phenomenal, and for a slightly above average price, you get one of the coziest eating experiences in Paris.

Although it sounds like the cause of death of some celebrities, the Prescription Cocktail Club is a masterfully run mixology bar where the bartenders are more than happy to lend you their ear and come up with a drink tailor-made to your tastes. From the same fellows that created the transatlantic Experimental Cocktail Club, you can be sure you won’t get laughed out of Prescription for ordering a Mint Julep—and on weekends, you can hang out at the bar to the absolutely New York hour of 4am.

For a more upscale endroit, the aptly named Le Bar is as classy as hotel bars get, despite being the cohort of the as-questionably-named Le Restaurant, set in the Google SEO nightmare-named L’Hotel.

If you’re after a night of boozy jazz, the 6th is one of the best places to go. On the north side of the neighborhood, there’s Le Caveau des Légendes, which isn’t just a clever name (nor was its predecessor, l’Abbaye Jazz Club); on the eastern border is the beloved Petit Journal. Both have fantastic calendars with no empty slots and are as classic as any jazz bar on Christopher Street in New York.