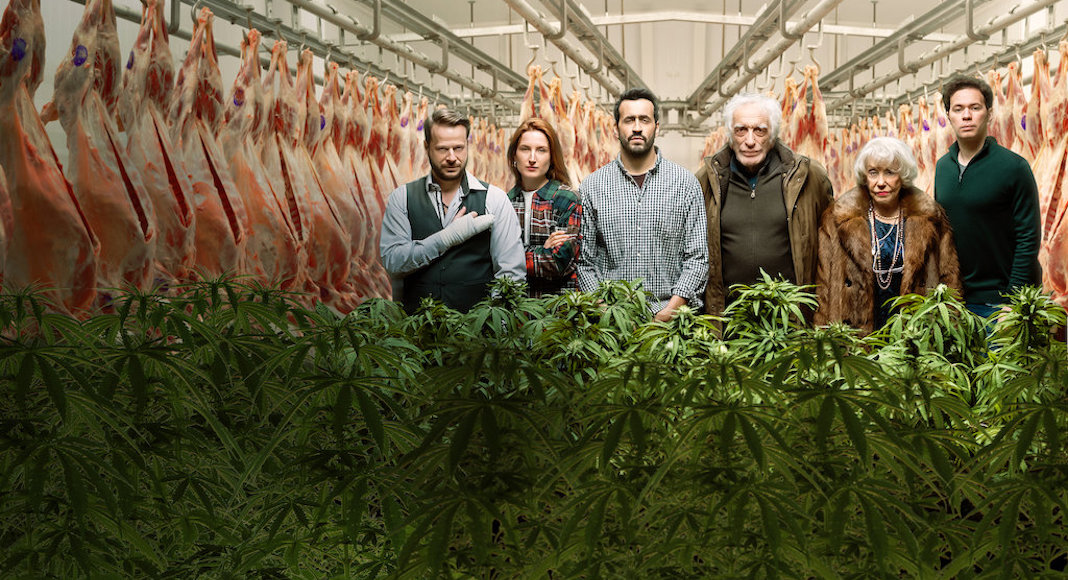 To help you survive the long winter evenings in quarantine, French Morning has selected some films and TV series available on Netflix right now in the U.S. To watch or rewatch.

This film from Rebecca Zlotowski, recipient of the Quinzaine des Réalisateurs in 2019, directed by Zahia Dehar, follows Sofia, a young, sexually liberated woman who doesn’t hesitate to profit from her charms. She meets up with her 16-year-old cousin Naïma in Cannes for the summer. Together, they will live out unforgettable moments and chance encounters. This film offers a fresh look at the way that class struggles affect women. Watch here.

This new series, from Aurélien Molas, tells an “alternate history of the French Revolution,” one in which a virus (called “blue blood”) infects the country’s nobles in 1787, transforming them into zombies that attack citizens. Joseph Guillotin, inventor of the guillotine, begins an investigation into a series of mysterious murders. Watch here.

The plot of this detective series, created by British team George Kay and Jim Field Smith, rests on interrogations, explored in four different countries (the UK, France, Germany, and Spain). Three different stories are unraveled in each country, while suspects are in police custody. Various issues are addressed, like the Bataclan attack, workplace accidents, homophobic assaults, and domestic abuse. The three episodes set in France are spearheaded by Frédéric Mermoud. Watch here.

Manipulation and revenge are at the center of this film by Emmanuel Mouret, which gives its spin on Diderot’s story, “Jacques the Fatalist.” It plays out in 18th century France, where the widow Madame de La Pommeraye (Cécile de France), courted by the marquis des Arcis (Edouard Baer), reputed libertine, finally gives in to his advances. But he soon lets his go, and she decides to get her revenge by mounting a scheme to publicly humiliate him. She saves from prostitution a fallen aristocrat and her daughter, Madame et Mademoiselle de Joncquières, and invents for them a fiction of piety to disturb the marquis. Watch here.

Damien Chazelle, director of the musical comedy “La La Land,” has directed several episodes of this musical series, “The Eddy,” for Netflix. This time, jazz is the main event. It tells the story of a Parisian jazz club managed by Farid (Tahar Rahim), to which the club’s owner, an African American, returns to visit when he learns he is facing bankruptcy. Farid has borrowed money from some bad guys, putting the club in peril, as well as his life. Intertwined are stories of money, love, and friendship… Watch here.

The second film of Kheiron as director, this endearing dramatic comedy follows the meeting of Wael, a street child, who invents scams with Monique (played by Catherine Deneuve), a retired woman. Their lives fall to shambles after a meeting with the latter’s friend, Victor. He offers Wael a volunteer job at his center for adolescent dropouts, which ends up changing his perspective. Watch here.

To open a weed coffee shop in the old family butcher shop: this is the idea of Joseph Hazan, a failed entrepreneur played by Jonathan Cohen, which learns off the record that cannabis is about to be legalized. This series, created by Igor Gotesman, has its first two seasons available on Netflix, combines zany antics, absurdist comedy, and a 5-star cast. Watch here.

Adapted from the novel “Cadres noirs” by Pierre Lemaitre, this mini-series directed by Ziad Doueiri stars Eric Cantona (alias Alain Delambre), a man battered by unemployment who decides to turn against the system that has destroyed him during a very strange interview for a position as HR Director at a multinational company. Watch here.

And why not a horror series for a change? This is the idea of “Vampires,” directed by Benjamin Dupas et Isaure Pisani-Ferry, whose first season came out March 20. The story takes place in present-day Paris. The only difference: vampires exist. Among them, the family of Martha Radescu lives clandestinely until her daughter Doïna is revealed to be a new type of vampire. Watch here.

Conceived as a critique of the sexualization of young women under the pressures of social media, this film by Maïmouna Doucouré started a lot of conversations, and has been greatly criticized by American conservatives. It tells the story of Amy, an 11-year-old girl living in a conservative Muslim community in France. She becomes progressively more liberated, joining a group of young, insouciant dancers at her school. Watch here.

You’ve been waiting a long time… This cult series features the wacky hospital adventures of Eric Judor, Ramzy Bedia, and Jamel Debbouze, over the course of four seasons (originally released between 1998 and 2002). Take the opportunity to rediscover amazing lines, like the famous: “Don’t tell me that it’s not true.” Watch here.