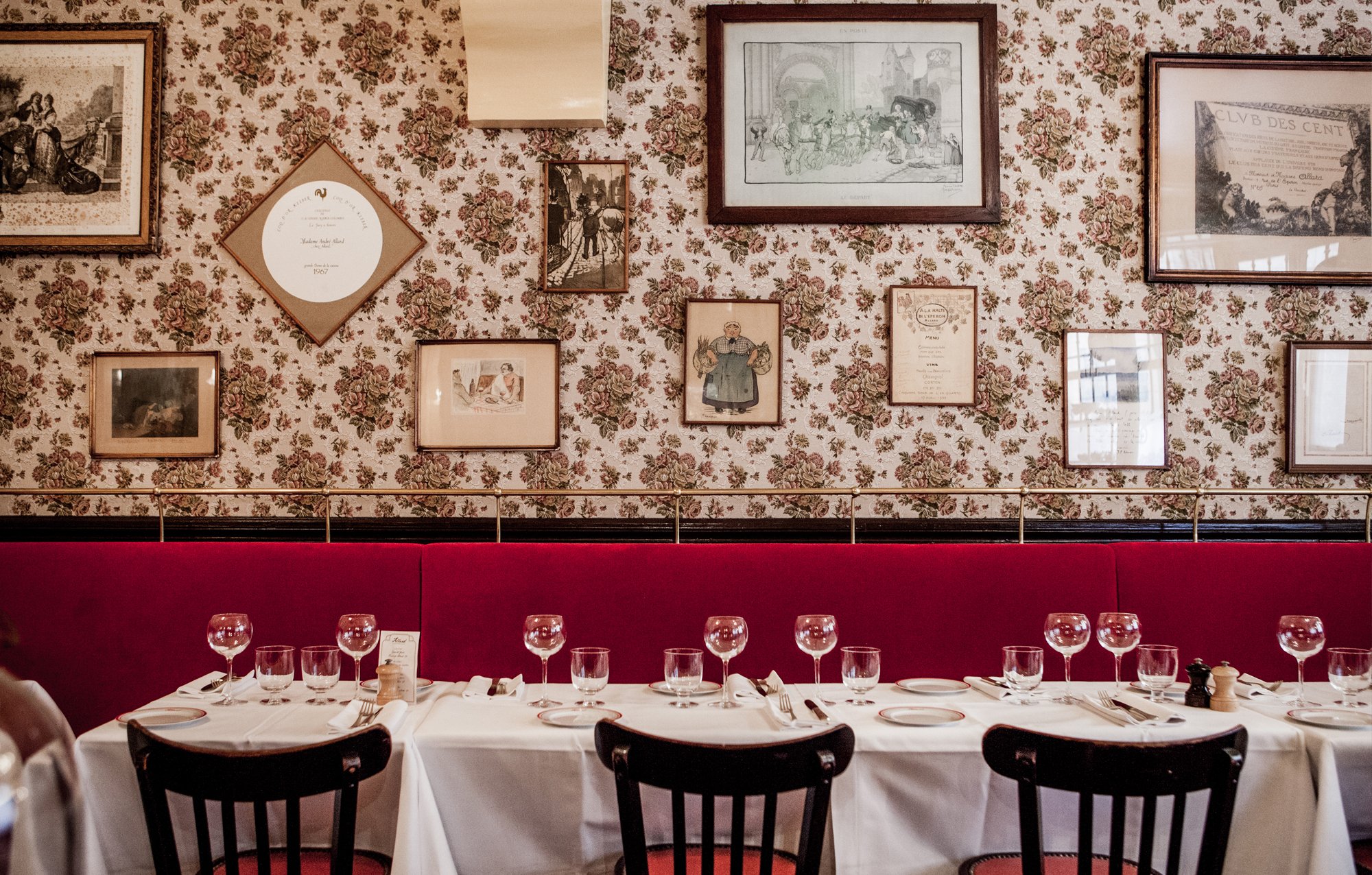 There’s nothing more distinctly French than the bistro, but there are as many variations on the theme are there are patois. If you’re in Paris and looking for the authentic, traditional brand of French bistro, these restaurants will more than fit the bill—and some come with a hell of a bill to foot.

Since 1932, Allard has been serving traditional, local cuisine, and even now that internationally renowned chef Alain Ducasse owns the place, nothing has changed. The Saint-Germain-des-Près mainstay retains the authentic recipes that Marthe Allard used to start the restaurant, including standards like cassoulet and coq au vin, with a respectful amount of updating from Ducasse.

The picturesque Le Bon Georges gave chef Benoît Duval-Arnould the chance to move from Campbell’s Soup to his own kitchen, where he does traditional bistro fare that features some of the freshest produce available, including Lorrainean beef and vegetables from just outside the city. You’ll find a new menu nearly every day, which makes its utter reliability even more astounding.

Large portions and high prices mark L’Ami Louis, but the beloved bistro delivers in spades with a pre-war atmosphere and a roast chicken that may be a contender for France’s new heraldic animal (sorry, Gallic rooster). It’s been lauded by the New York Times and lambasted by Vanity Fair, but as a bell-hop told A.A. Gill, “It’s always L’Ami Louis for les anglais.” And for good reason.

Located midway up the hills of Montmartre, Miroir comes with the pedigree of a Ducasse graduate and a certified hip status for a classic bistro. The dining room features the sort of deep red banquettes that hint at the cave à vins experience available to those who dine there and to the facing bar for those who want to make a meal of their wine.

Intimate and routinely excellent, Auberge Pyrénées Cévennes has some of the best service in the city—a convivial atmosphere pervades the place, trickling down from the genial owner to all of the employees. The prix fixe menu is dependable and affordable, and the cassoulet and veal selections are diabolical.

Great prices and fantastic French fare that smacks of home cooking combine to make for one of Belleville’s best bistros, with Le Baratin augmenting their advantage with a sensational selection of wines and a welcoming, white-walled atmosphere.

With a bright red exterior and an interior decked out in tile and woodwork, Bistrot du Peintre has nearly round-the-clock service and a menu of tasty classics at very manageable prices, from confit de canard to escargots—even a few southwestern flavors.

A gem of the Belle-Epoque, Joséphine will start you out with a terrine de foie gras that defies comparison and finish you off with a beef bourguignon that would stop an army in its tracks. A welcoming staff and such a stellar menu comes at a steep price, of course, but any sticker shock at ordering the duck will be allayed by the dish itself.

Le Cochon a l’Oreille may be the most visually charming spot on the list, and its small size makes it immediately personable to patrons. The menu doesn’t go as far out as the décor does, though, and a faithful slow-cooked pork belly can be enjoyed there alongside hearty, traditional bistro fare like confit de canard.

Sitting snuggly in a restored building from the 1600s, L’Ourcine is one of the most reliable Left Bank bistros, with a menu of regional dishes that honor tradition while embracing contemporary flare. L’Ourcine offers a great selection of fresh fish that’s delivered daily and game that arrives according to the season.

A more modern entry with austere environs, Bistro Bellet offers the traditional dishes from Nicolas Lacaze’s native south of France, suggesting what the future of the classic bistro may very well look like with sweet mussels marinière and filet de Rascasse roti.