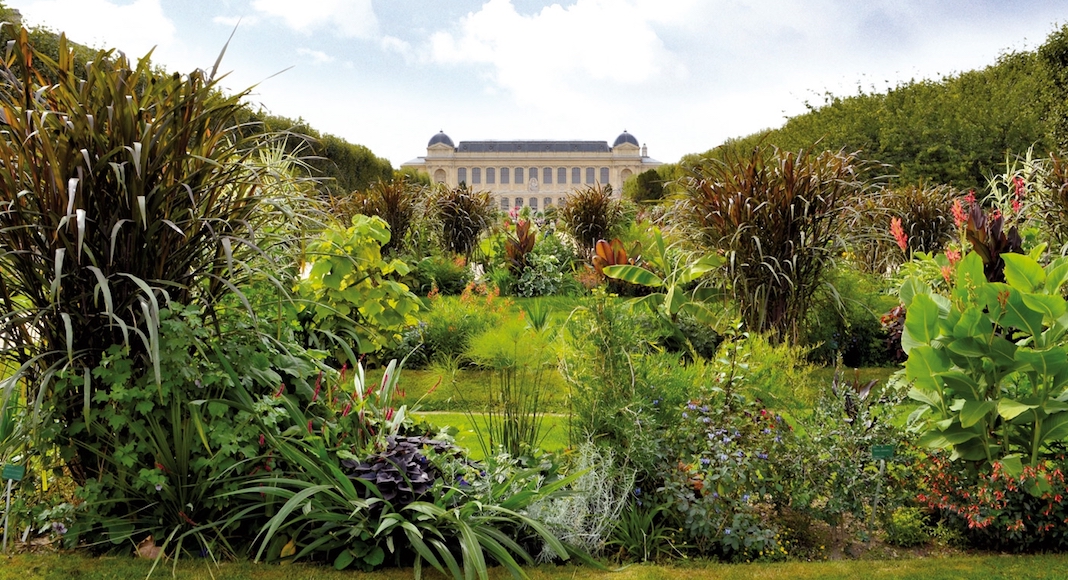 10 Things to Do in Paris in September

While in France, you want to look as good as you can to fit in with the rest of the gorgeous Parisien(ne)s. To save yourself from dropping a few hundred euros on your new European look, head to the thrift shops on rue de la verrerie in the Marais. Free’p’star sells vintage threads for men and women at fairly low prices, and Kilo Shop — as as the name suggests — sells clothes by weight. Color dots on tags correspond with a price-per-kilo, so nicer quality brands might be 30€/KG instead of 20€/KG. Either way, you can snag maybe a dress, shirt, and skirt for about 1 KG.

“The largest fireworks show in Europe” – how could you miss this?! Every fall, 23,000 people gather in the Domaine de Saint-Cloud for a two-hour fireworks extravaganza. 10,000 chairs are set up in addition to room on the lawn for 59€ and 32€ per ticket, respectively. According to residents of nearby Boulogne-Billancourt, their views are pretty stellar, so if you don’t want to buy tickets, scope out Boulogne-Billancourt for an alternative vantage point.

40,000: the number of women running (and walking) in La Parisienne, the all-women 6.7 km race around some of the most beautiful Paris monuments. There are prizes for the first mom, grandma, and handicap runners to finish. (If you’re not there for speed, there’s always the costume contest!) Proceeds go to breast cancer research. Sign-up here for 50€, and in addition to entering the race, you’ll receive tickets to a two-day festival dedicated to women in sports, and a pre-race backpack and post-race tote, both full of goodies.

In the US, we have restaurant week. In France, it’s Tous au Restaurant and votre invité est notre invité, or, your guest is our guest. Founded by Michelin-star chef Alain Ducasse, France’s restaurant week is buy one, get one free. That’s right, two people eating from specially prepared menus for the price of one (hence, your guest being our guest). In 2016, 600,000 people reserved a table to participate in this two-week event. Take this opportunity to try new bistros, cafés, and brasseries with friends (and split the cost!).

The phrase “art is all around us” really is true during this three-day outdoor art walk. More than 90 artists have installed their work in 50 locations in the 11th arrondissement of Paris. Sculptures, graffiti, and street performers line the streets from 2-8pm, displaying their work. This weekend aims to make public space, art, and pedestrians intersect in spontaneous moments. Details of performance times, art installations, and locations are listed here so you can purposefully meander one way or another.

Culture comes at no price on the Journées Européennes du Patrimoine. Started more than 30 years ago, this once-a-year opportunity offers you the chance to visit France’s monuments for free. In Paris alone, hundreds of monuments will open their doors to the public. Rather than go into museums for free, this is really a great day to get into all the buildings you normally can’t, like the Assemblée Nationale and Hôtel de Ville. Many open locations are actually stunning hotels and residences, like that of the Ambassador of Great Britain or the Hôtel de Tallyrand. Non-monument locations also join in the open-hours spirit of the day, including OMEGA watchmakers, who are offering tours.

Before petals fall and leaves turn brown, the city of Paris wants you to faites attention to the lovely gardens all around you. Over 150 gardens in Paris will be open to the public for the Fête des Jardins, including some that aren’t usually open. Special events like gardening, guided tours, lectures, and concerts have been planned in participating gardens with the goal of raising awareness about the environment and humans’ effect on it. Pick a park, find a nearby food truck, have a picnic, and appreciate your beautiful surroundings!

Despite receiving no additional arts funding from the city of Paris, the Paris International Animated Film Festival (PIAFF) has gained significant steam in the 10 years since its inception. At least 150 films ranging from 1-25 minutes will show in 35 screenings at Théâtre Ménilmontant over the course of the week. Films are grouped by theme so viewers can choose exactly what they want to see: professional-grade, international, children’s, student, Japanese, and variety selection. Various prizes will be awarded at the end of the festival. See the full schedule here.

Route through Paris yet to be announced

The slowest moving techno party is also one of the largest with nearly 350,000 people attending. At Techno Parade, turtle-paced hoards of people and throbbing techno music intersect. Some 10 floats roll slowly through Paris, each one run by a radio station, music collective, or record label. DJ’s play from 12-7pm, and the crowd can come, go, and follow the music as they see fit. After-parties with live techno music are planned for the Docks of Paris complex, sponsored by Dream Nation.

Despite the fact that the warm weather is slowly departing, fashion week is promenading its best warm weather clothes. Prêt-à-Porter women’s spring-summer fashion week descends on Paris at the end of September, and it’s prime for people-watching (and just people-watching because non-industry members cannot buy show tickets). Seek out the action near the chic stores on Place Vendôme and Rue Saint-Honoré. Le Marais and Canal Saint Martin are where industry members recommend spending time, and Le Grand Palais and Petit Palais are always worth a visit. View the schedule here.