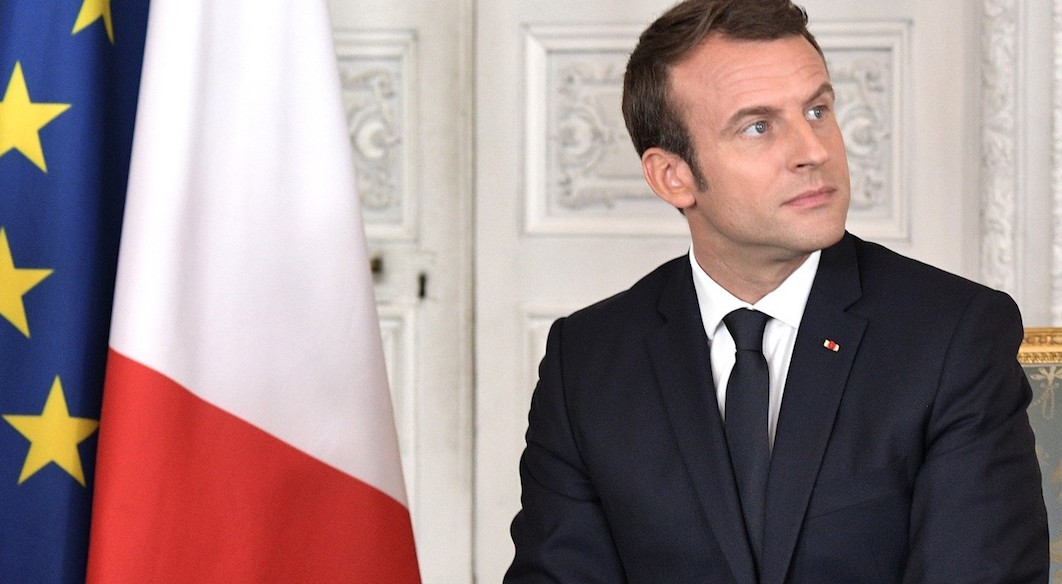 10 Observations About the French Presidential Debate

France’s first presidential debate happened last night, and I just wanted to say… the United States knows what you’re going through, France. It’s a long haul forward, but you can do it.

Actually, France is one month away from the first of two rounds of voting, so they’re pretty close. As an American interested in France and global politics, I tuned into the French presidential debate last night, though admittedly not for the whole thing because it’s very long. (Pro tip: if you watch it on YouTube at double the speed (change it in settings), you get the gist of the debate pretty fast, because all of the usually subtle indicators of mood are magnified: Hamon fiddles with a sharpie, Mélenchon makes chopping motions with his hands, Macron looks at the clock nervously, Fillon shrugs a lot, and Le Pen squeezes her brows looking pained.)

1. They borrowed their stage from “Who Wants to Be a Millionaire?”

(Yes, I changed the text on the bottom of the French debate screen.)

TF1 seems to have taken a leaf out of CNN’s book for their debate preview images—so close, so high-def.

3. Jean-Luc Mélenchon made the right choice wearing a sweater.

All of those suits and ties are probably very different shades of blue, but from a distance… Hamon, Fillon, and Macron all bought their suits and ties in a 3-pack like Hanes undershirts. Mélenchon did it best in a black cardigan and burgundy tie, and Marine Le Pen distinguished herself from her competitors with her own unique pair of jeans. Oh, sorry, I meant genes.

4. Apparently all presidential debates will now include references to puppets.

Flash back to the third U.S. presidential debate when Hillary Clinton said, “[Putin] would rather have a puppet as president of the United States.” To which Donald Trump said, “No puppet, no puppet. You’re the puppet. No, you’re the puppet.”

Flash forward to last night’s French presidential debate. In a face-off between centrist Emmanuel Macron and right-wing nationalist Marine Le Pen, Le Pen accused Macron of being pro-burkini, therefore suggesting he doesn’t believe in one of France’s key values, laïcité (secularism in public places). Macron retorted, “I don’t need a ventriloquist. … When I have something to say, I say it clearly.”

5. Timers: we should have them.

Remember how much Ben Carson complained about not getting enough speaking time at the debates? Here’s France’s solution to that complaint:

HUGE TIMERS. Each candidate has a timer that runs while he or she is speaking. Sometimes they put the times on the TV screen which is the best because their facial expressions reflect their feelings about the amount of time they’ve spent (or haven’t spent) talking.

6. Scandals must be awkwardly addressed.

François Fillon, a right-wing candidate plagued by a nepotism scandal, of course had to answer questions about it. It was uncomfortable, and very reminiscent of Hillary Clinton talking about her emails. “I have probably made some mistakes. I have some faults… but I have a lot of experience,” said Fillon. During his mostly subdued performance, Fillon put his experience and plans for change at the forefront of his arguments: “I am proposing a real change for recovery.”

At the end of the debate, each candidate has some time to make closing remarks. For 2 minutes 23 seconds, the world was forced to stare deep into the Carolina blue eyes of Emmanuel Macron. I mean, I don’t know if he exercises his eye muscles to get them to open wider or if it’s just the wide-eyed innocence of not having spent decades in government, but wow.

We thought the US presidential primary debates were long if they were two hours. Last night’s French presidential debate was (drumroll please) 3.5 hours. Yes, 3 hours 30 minutes, starting on March 20th and ending on March 21st.

It’s post-midnight in this still, and this guy is definitely falling asleep.

10. Twitter is the only reliable thing in the world.

After a long night of politics, government, and bureaucracy, you can always count on Twitter to turn out fresh and honest content.