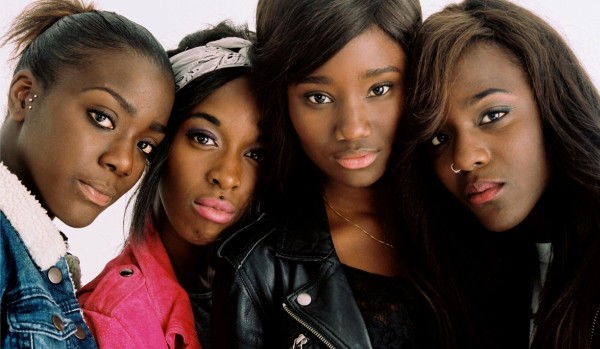 10 French Films to Stream on Netflix this Summer

How do you say “couch potato” in French? I don’t know, but whether it’s too hot, raining or just one of those days, keep this list of 10 French films to stream on Netflix handy this summer for when you feel like being a patate de canapé.

This film by Christpohe Honoré with Louis Garrel, Catherine Deneuve and Chiara Mastroianni tells the story of a woman and her daughter spanning several decades from the 60s until today. Filmed in Prague, Reims, London and Paris, we follow the two women’s parallel destinies as they face life’s challenges. A beautiful and touching film about love, death and family with lovely music by Alex Beaupain sung by the actors themselves.

This Alain Resnais film with Sabine Azéma and Hippolyte Girardot was the director’s last and came out three weeks after his death in March of last year. In this vaudeville-style story, several of Resnais’ favorite actors incarnate the last days of theater actor George Riley who, upon learning he has a terminal illness, attempts to seduce three of his friends before he dies.

With Laurent Lucas and Aurélien Recoing, this film by Ilan Duran Cohen traces the life of cardinal Jean-Marie Lustiger who was archbishop of Paris from 1981 until 2005 and who was born Jewish. We see Lustiger’s rise within the church, his friendship with Pope John-Paul II and his struggle to close a convent based in Auschwitz.

Isabelle Huppert and Sandrine Kiberlain give excellent performances in this comedic crime story directed by Serge Bozon. The two actresses star as the police of the police, sent to investigate the murder of an informant in a small town in the North of France. Francois Damiens also stars in a funny turn as a rural policeman.

Mia Hansen-Love directs Lola Creton and Sebastian Urzendowsky in this passionate love story that spans several years and centers on two adolescents in contemporary France. Sensitive and poetic, the movie was filmed in Paris and Ardèche, with an especially beautiful performance by Lola Creton.

Matthieu Amalric directs himself and Léa Drucker in this suspenseful crime story based on a novel by Simenon. A family man who has a good job in the French gambling industry rekindles a childhood flame and their passion becomes overwhelming, leading to high-stakes drama.

This film by Costa-Gravras stars Gad Elmaleh, Bernard Lecoq, and Natacha Regnier. It’s a thriller set in the world of finance spanning Paris, New York and Miami. Elmaleh plays a Parisian banker with consuming ambition who gets caught up in managing a speculative American fund of extremely high value. Lots of suspense with a small dose of criticism of the financial system.

Louise Bourgoin and Cédric Kahn star in Axelle Ropert’s second feature film. Two general practitioners living in Paris fall for the same woman — a single mother of one of the children for whom they are caring. It’s a comedy along the lines of Ropert’s first film, the excellent The Wolberg Family.

It’s the official biopic on YSL, so if you love his work or are just intrigued by him you’ll jump at the opportunity to stream this gem. Watching Jalil Lespert’s film with period costumes and excellent performances by Pierre Niney and Guillaume Gallienne, you’ll not only get a portrait of the famed fashion designer but also of the entire world of Paris haute couture.

1. Girlhood (Bande de Filles)
Céline Sciamma’s film with Karidja Touré and Assa Sylla takes us into the daily life of Marieme, a young woman of 16 who is growing up in a bleak Parisian suburb and who relies on her bande de fille — group of girls — to help her navigate a hostile, misogynist universe with limited opportunities for escape.
Share on facebook
Share on twitter
Share on linkedin
Share on email
Share on pinterest