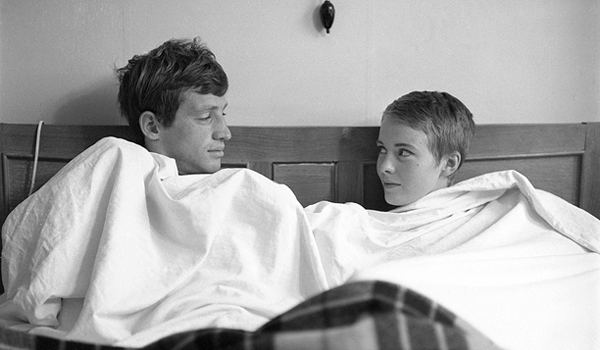 According to a new and informal survey by Le Bon Bon, at least 20% of Parisians are either prodigious lovers or absolute liars.

Out of 8,784 respondents, 34.5% reported having slept with up to ten people in their life, 30% said ten to twenty, 15.7% boasted twenty to thirty, 8.5% claimed thirty to forty lifetime sex partners, 5% alleged forty to sixty, and 6.5% were absolutely, without question, lying.

The survey tilted slightly towards women, who made up 67% of the responses, meaning that the smaller number of men was filled with a higher number of dirty, dirty liars. 16% percent claimed they had slept with more than sixty people, while only 3% of women made the same claim. Either someone’s lying or there are a few very obliging ladies in Paris. Of course, there are baked-in societal incentives for men to boast and women to demur.

The largest portions of women respondents (36%) said they had had sex with less than ten partners and slightly less (32%) pinned their conquests at between ten and twenty. Men, on the other hand, largely said they’d had between twenty and sixty partners (34%), with 25% and 25% saying they’d had between ten and twenty or less than ten and most likely are honest, reliable men in matters both sexual and non-sexual.

Le Bon Bon also included a handy heat map of the arrondissements according to the average number of sexual partners reported:

As you can see, the “heat” radiates out herpetically from the 10th (which doesn’t even TOUCH Pigalle), 3rd, 4th, and 1st, where it’s hot enough to blister, and out to the 8th, 9th, 11th, and the 18th through 20th arrondissements. Somehow, in the middle of this sweat mass of Parisians, the 2nd has managed to remain relatively chaste. The Left Bank, which hasn’t been cool since the mid-1900s, is nonetheless a sexual tundra.